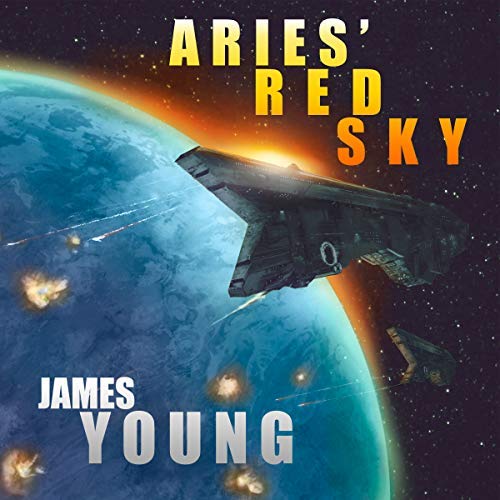 “[S]pace opera that plays out on a grand scale, and Young conduct[s] it with aplomb.”–-Pop Cults, the website of Geek and Alternative Culture

In 3035, Lt. Ian Campbell, Spartan Defense Forces (SDF), discovers a strange anomaly on his corvette’s sensors…and realizes the wait is over. The Spartans must convince the Terrans of the cost of subduing their nation. If they succeed, the Republic survives. If not, the SDF will be forced to paint the stars red with their enemies’ blood.

The Confederation of Man was born in the terror of the Harran Empire’s death throes. Like a phoenix rising from the ashes, humanity now spreads from its cradle on Earth to hundreds of stars across the Milky Way, and seeks out new worlds to add.

Captain Marcy Cochran was hoping to find a habitable planet; she didn’t expect thesystem to already have hostile humans. Now a captive, Cochran mustcontend with a crew proving to be as dangerous as their enemies, and preventwhat has started out as a misunderstanding from becoming a full-fledgedinterstellar war. For Terran law isquite clear: All humanity will answer to the Confederation. For the Spartans, that makes the governmenton Earth no different than the empire it supplanted…and they would rather dieon their feet than subjugate themselves once more.

Aries’ Red Sky is the newest novel in James Young’s Vergassy Chronicles universe. A prequel to An Unproven Concept, it is the first in the Spartan Trilogy. If you like space opera with compelling characters, military sci-fi with high body counts, and capital ship battles on a galactic scale, pick up the the latest work in a series whose previous entry was recommended Amazing Stories, Pop Cults, and The MidwestBook Review.

James Young is a Missouri native who left small town life to attend a small, well-known Federal institution in upstate New York. After obtaining a degree in military history from West Point, Dr. Young spent six years repaying his education via military service in various locations (both foreign and domestic). Along the way he collected a loving, patient, and beautiful spouse (Anita C. Young)…and various animals that only fit those descriptions when it suited them.

Upon leaving the Army, James returned to the Midwest to obtain his Ph.D. in U.S. History from Kansas State. When not tormenting his characters, Dr. Young spends his spare time reading Anita’s first drafts, finishing that pesky dissertation, and trying to figure out how book eating shelter animals keep ending up in his office. Outside of Amazon, he can be found at conventions throughout the Midwest selling books and merchandise as James Young, Slinger of Tales.

In addition to his positive fiction reviews, Dr. Young is also the winner of the United States Naval Institute’s 2016 Cyberwarfare Essay Contest and runner up in the 2011 Adams Center Cold War Essay Contest. He has also had multiple articles published in Proceedings and the Journal of Military History since 2010.

Jennifer Jill Araya has been listening to audiobooks since she was a young child, and the fact that she now gets to narrate audiobooks for a living is a dream come true. Jennifer’s training as an opera singer and orchestral cellist lend a musicality and depth of understanding to her narration that help bring her authors’ stories to life. She loves nothing more than giving life and breath to the printed word.
When she’s not narrating, Jennifer can be found hiking, biking, running, or generally exploring her home city of Cincinnati with her husband Arturo (aka “Partner in Crime”) and their two children.