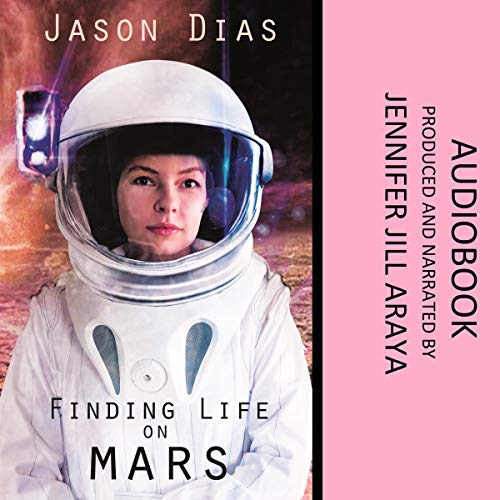 When the last man on Earth reveals he has a nuclear weapon pointed at the tiny Martian colony, the colonists can only survive by working together. Jaye, a Trueborn Child of Mars, isn’t like her father, Merlin. Like all the Trueborn, she is cursed with perfect memory and deep sensitivity. But not even the knowledge that Merlin killed her mother can change the fact: They need each other for more than survival.

Jason Dias is a neurodivergent existential psychologist and author. He lives, loves and works in Colorado Springs, Colorado and keeps largely to himself.

Jennifer Jill Araya has been listening to audiobooks since she was a young child, and the fact that she now gets to narrate audiobooks for a living is a dream come true. Jennifer’s training as an opera singer and orchestral cellist lend a musicality and depth of understanding to her narration that help bring her authors’ stories to life. She loves nothing more than giving life and breath to the printed word.

When she’s not narrating, Jennifer can be found hiking, biking, running, or generally exploring her home city of Cincinnati with her husband Arturo (aka “Partner in Crime”) and their two children.

Q&A with Jason Dias, Author of Finding Life On Mars

6 responses to “Promo and Giveaway: Finding Life on Mars by Jason Dias”