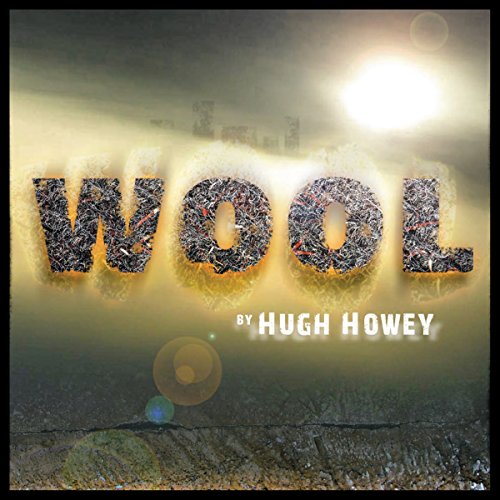 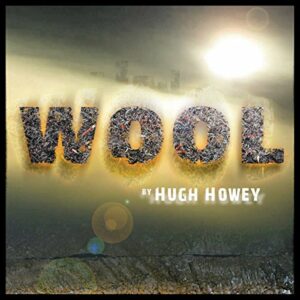 This Omnibus Edition collects the five Wool books into a single volume. It is for those who arrived late to the party and who wish to save a dollar or two while picking up the same stories in a single package.
The first Wool story was released as a standalone short in July of 2011. Due to reviewer demand, the rest of the story was released over the next six months. My thanks go out to those reviewers who clamored for more. Without you, none of this would exist. Your demand created this as much as I did.
This is the story of mankind clawing for survival, of mankind on the edge. The world outside has grown unkind, the view of it limited, talk of it forbidden. But there are always those who hope, who dream. These are the dangerous people, the residents who infect others with their optimism. Their punishment is simple. They are given the very thing they profess to want: They are allowed outside.
An alternate cover for this ASIN can be found here.

This book has been on my TBR pile for ages, and as a couple of friends recommended it to me and I enjoyed Sand by the same author, I decided to take the plunge, and listen to Wool. This began as a short story, but due to popular demand, Hugh Howey wrote a series of books. The first one is very short and it feels like an introduction to the world, but the length of the stories increases as the series progresses, and the real story begins in books two and three.

People have been living inside the Silo since they can remember because the air outside is lethal. This is an unquestioned truth. Life in the Silo is the only thing, and having thoughts about the outside is a crime, punished by what it is called ‘cleaning’, an innocent enough name for being sentenced to death, thrown away from the Silo, to clean the sensors which feed the camera present on the top level. The camera that is there to remind everyone why they live inside the Silo, showing a barren landscape with deadly colors.

The Wool series are five books about people who wanted to think outside the box, and for a reason or another, wanted out. I like dystopian stories because it is a genre that makes me think. Seeing how the people at the top conspire, lie, and decide over the destiny of the majority. It makes me think of our world, it makes me sad when seeing all the injustices, but it also gives me hope, because, amidst all the hopelessness and corruption, there are some courageous enough people to look for the truth and fight for what they think is fair.

This was one of the things what trapped me from this series, and what made me read the rest of the books. The story starts out a bit immature, and it was difficult to grow attached to the first characters in the series, as they feel like mere drafts, but the world building and the why to many things kept me going. Some questions are answered in Wool, but the big reveal will be in Shift, the next in the Silo series.

Minnie Goode’s narration was just okay. It felt a bit insecure, and all the characters sounded similar. There is a bit more reverberation than desired, and there are a couple of audio production issues, like overlapping audio (3:05:07) and repeated sentences from two different takes (13:54:06), something that I do not find acceptable in a finished audiobook.

Despite the few imperfections, I am hooked to the Silo world, and I shall be continuing with the complete series.