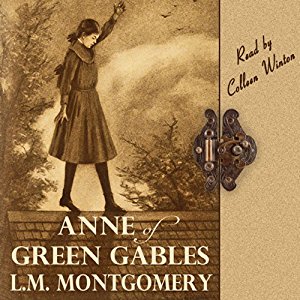 Anne, a young orphan from the fictional community of Bolingbroke, Nova Scotia (based upon the real community of New London), is sent to Prince Edward Island after a childhood spent in strangers’ homes and orphanages. Marilla and Matthew Cuthbert, siblings in their 50s and 60s, had decided to adopt a boy from the orphanage to help Matthew run their farm. They live at Green Gables, their Avonlea farmhouse on Prince Edward Island. Through a misunderstanding, the orphanage sends Anne Shirley. Anne is described as bright and quick, eager to please, talkative, and extremely imaginative. She has a pale face with freckles and usually braids her red hair. When asked her name, Anne tells Marilla to call her Cordelia, which Marilla refuses; Anne then insists that if she is to be called Anne, it must be spelled with an e, as that spelling is “so much more distinguished”. Marilla at first says the girl must return to the orphanage, but after a few days she decides to let her stay. Marilla feels that she could be a good influence on the girl and had also overheard that another disagreeable woman in town might take Anne in instead.

You know that I always like to go back to the classics now and then, and I especially love when I get to review one that I had not read but I should have. With so many books around it is difficult to chose and we sometimes let the must reads pass. This is why I am so glad that I finally made time to enjoy this classic. In this book we get to know Anne Shirley, an eleven year old orphan who is accidentally adopted by the two old Cuthbert siblings. They wanted a boy to help them with the farm and they got a little girl instead, but once they knew her, they could not let her go.

I have to confess that I was taken aback during first Anne’s monolog. I was not sure if I could stand a character talking so much without interruption, but Anne won me over, like she did with the Cuthberts.

This book is a mix of humor, love, sacrifice, and loyalty. There is a little of everything for everybody. Checking its Audible page I am amazed at the fact that it was originally aimed at kids. It is an easy book to get into, and I am sure kids would enjoy it too, but I also did, and I am in my late thirties. I think it is one of those books with something for everybody, and different levels of reading. It is simple, beautiful, but also ageless. It was first published in 1908, and some of the topics may seem outdated, but the main themes in this book will always be valid, and it is why they make it so great.

I laughed out hard at Anne’s mistakes and mishaps while she was growing up, cried out of happiness and sadness for her, and I had a warm fuzzy feeling for the ten hours that I listened to this book. I really loved Anne’s story, her family, friends, and even acquaintances. The characters are very well described and depicted, feeling like real people to me; and Avonlea felt like a place that could be called home. I was able to see the story before my eye’s mind as if I were watching a movie.

Part of why I loved this book so much was Colleen Winton’s wonderful interpretations, especially regarding Anne. She could not have done a better job bringing this little girl to life. I have to thank Colleen that this was my first real contact with the book, since although the book is really good by itself, with Colleen’s narration it has reached a greater level. I noticed some audio edits, but this was not enough to distract me from this lovely audiobook.

There are two sequels to this first novel, and I am impatient to start listening to them and see what it is in store for Anne Shirley. I have finished this audiobook two hours ago and I already miss her terribly.

Aug. 2nd:
2 Girls and A Book
Macarons and Paperbacks
Bound 4 Escape
WTF Are You Reading?

Aug. 3rd:
To Read Or Not To Read
Jorie Loves A Story
Notes From ‘Round the Bend
Haddie’s Haven
Hall Ways