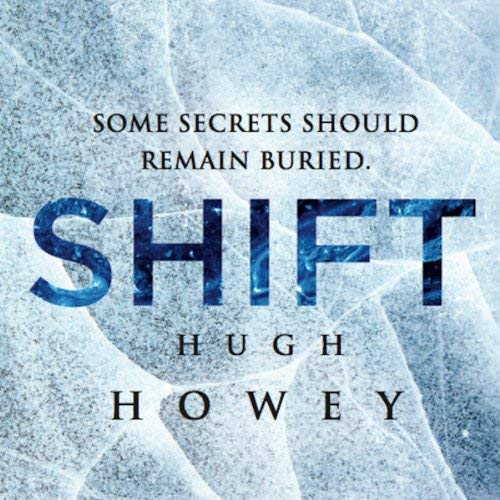 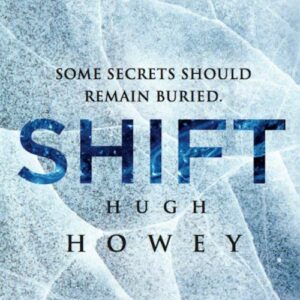 In 2007, the Center for Automation in Nanobiotech (CAN) outlined the hardware and software platform that would one day allow robots smaller than human cells to make medical diagnoses, conduct repairs, and even self-propagate. In the same year, the CBS network re-aired a program about the effects of propranolol on sufferers of extreme trauma. A simple pill, it had been discovered, could wipe out the memory of any traumatic event. At almost the same moment in humanity’s broad history, mankind had discovered the means for bringing about its utter downfall. And the ability to forget it ever happened. This is the sequel to the New York Times bestselling WOOL series.
Contains First Shift, Second Shift, and Third Shift.

After finishing Wool I needed to know more. I had so many unanswered questions that I had to listen to this book. Hugh Howey had created a complex and original world, and I was all in!

Shift is a trilogy, and each book represents a stage in the backstory of Wool. In the first book we witness how the silos came to be and the people responsible for them, this story is also about Silo 1. There are two parallel stories that are tied down at the end, and we start book two with some knowledge but still many questions that need to be answered. Book three continues where it was left regarding Silo 1 but the second story is about what happened to Solo before Juliette met him, and how he was left alone in Silo 18.

I have read somewhere that Howey mentioned that this book could be read as a standalone, but I disagree. The only motivation to read this book is wanting answers to the questions posed in Wool. I also have to say that listening to this book was a real chore. I wanted to know what happened in the end, I wanted all the answers, but the book felt terribly long-winded and slow-paced. What moved the story forward were the events happening before the silos, and then the story in Silo 1. The secondary stories in books two and felt unnecessary as they did not provide important information. I am sorry to say that even though Solo’s story is endearing, I felt quite bored because his past was something that we could guess without going into detail.

Tim Gerard Reynolds delivered a correct narration, without audio production issues. He transmitted the characters’ emotions, and was a nice addition to the book, but women sounded exactly like men. I know it is difficult for a male narrator to interpret a female character but Reynolds did not even try.

I think I can only recommend this book to loyal fans of Wool, and to those who want to walk until the end of the path, which is Dust. The rest can simply skip this book and read something else.