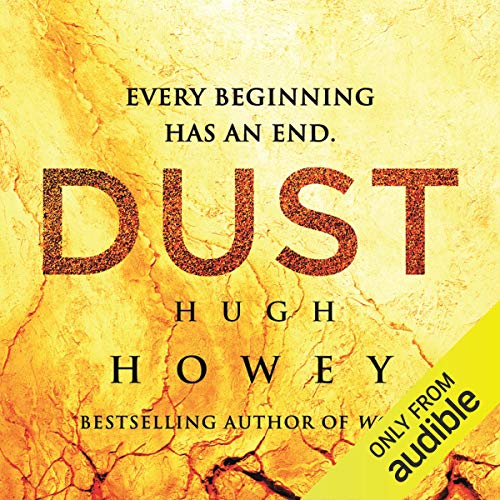 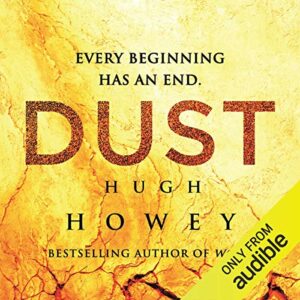 In a time when secrets and lies were the foundations of life, someone has discovered the truth. And they are going to tell.
Jules knows what her predecessors created. She knows they are the reason life has to be lived in this way.
And she won't stand for it.
But Jules no longer has supporters. And there is far more to fear than the toxic world beyond her walls.
A poison is growing from within Silo 18.
One that cannot be stopped.
Unless Silo 1 step in.


Dust is the conclusion to the stories that started in Wool and Shift. This book presents not only the outcome of Juliet’s rebelion, but also her contact with Donald who, by chance, has assumed the authority of Silo 1. It was a bit better than the previous book, but still not at the same level of Wool.

I was anxious to know how the story would end, and even though I felt somewhat satisfied, this book felt again for this long-winded and with non-descriptive characters. This last point has been also my complaint about books one and especially two. Wool is a great book but with well-developed characters, it could have been a masterpiece. There were some exciting scenes in Dust that were worth the reading, and I am happy that I stuck to this series until the end.

The ending was okay, it felt right, but I wish it inspired me deeper feelings. I think it all comes down to not being really attached to the characters. They never felt real enough to me.

Tim Gerard Reynolds delivered a correct narration, without audio production issues. He transmitted the characters’ emotions, and was a nice addition to the book, but women sounded exactly like men. I know it is difficult for a male narrator to interpret a female character but Reynolds did not even try. As there were many dialogs between Juliet and Shirly, Reynolds used different accents to differentiate both characters. Somehow Shirly’s Southern accent sounded weird, probably because Reynolds is Irish.

Dust was a good book, better than Shift, but it does not still live up to the hype of Wool. I still think it is worth reading if you loved Wool.