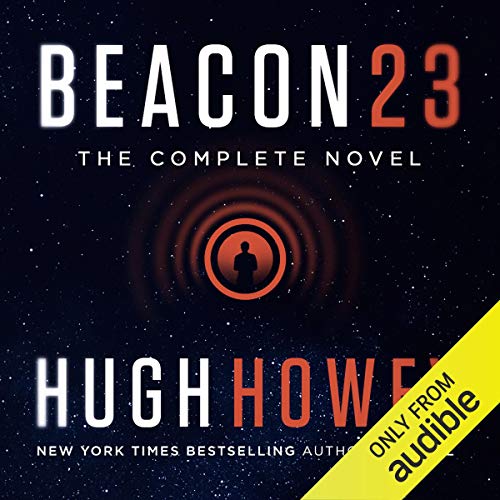 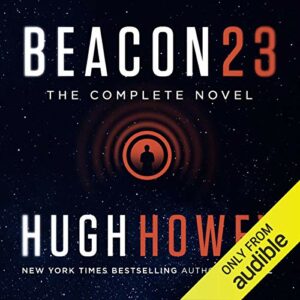 For centuries, men and women have manned lighthouses to ensure the safe passage of ships. It is a lonely job, and a thankless one for the most part. Until something goes wrong. Until a ship is in distress. In the 23rd century, this job has moved into outer space. A network of beacons allows ships to travel across the Milky Way at many times the speed of light. These beacons are built to be robust. They never break down. They never fail. At least, they aren't supposed to.

Hugh Howey is a master of words and dystopian worlds. His characters are always in limit situations, in unfriendly environments, and among all the people that could be part of a story, Howey’s characters are usually misfits in disguise, always thinking beyond their situation but trying to keep appearances. In this case, Digger is in charge of a beacon on sector 8, quite far from trusted space, and in a dangerous zone. It seems like nothing happens, and every day is like the previous one, but this will not be true for Digger.

From the beginning it is quite clear that there is something wrong with Digger. This whole story is about PTSD and the mental consequences of it. The monotony of Digger’s situation will be broken in ways that will challenge his capabilities, making him chose between his life and his sanity or oblivion.

The pace of the story is very slow, and despite some heartfelt moments that I found deeply moving, I struggled a bit to keep going. All in all, it is a good story, but for me, it is not at the level of Wool or Sand, books that completely mesmerized me. Beacon 23 was okay but it did not make me feel as much as I would have liked. One of the things that bothered me a bit was that many situations are product of Deus ex Machina. Okay, I agree there are not many ways of introducing new stories in the life of someone living alone and in charge of a beacon in space, but some of the aspects seemed too forced. Similarly to Wool, this is a compendium of five stories, which makes it a bit disjointed, probably due to the short length of each one.

I am not too sure what to say about the ending. It was not what I expected, and I felt a bit disappointed.

Ryan McCarty’s narration was very well done. I was able to hear Digger’s loneliness and despair in McCarthy’s interpretation. He had a study pace that went well with the book, and subtle changes in voice and style were enough to identify the characters.