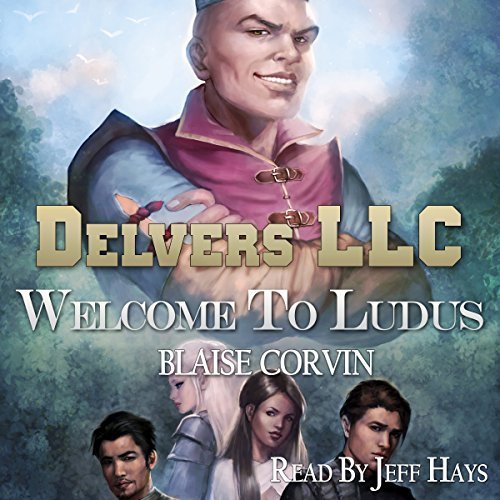 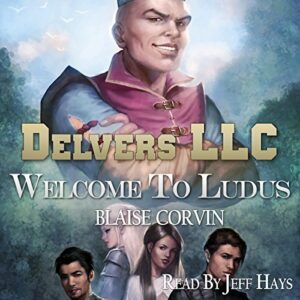 Henry and Jason led normal lives in Seattle before they were abducted to another world. Their kidnapper, the vain, self-styled god Dolos refuses to send them back unless they can accomplish an impossible task. Oddly, Dolos doesn’t seem to care if they succeed or not.

Luckily, Henry and Jason studied Historical European Martial Arts (HEMA) on Earth. Unfortunately, a Japanese American EMT and a geeky IT programmer don’t have many other useful skills on a sword and sorcery world like Ludus.

Stranded in the middle of nowhere on an alien world, the friends have no real direction and only a few possessions including magic-granting orbs from an apathetic god. Undaunted, the two begin their insane adventure to return home, but basic survival and eventually paying rent will have to take priority.

Henry and Jason were training together when they suddenly appear in another world. Soon after they learn that they were kidnapped by the god Dolos in order to accomplish a difficult mission.

This book was quite entertaining, even though there was some Deux ex Machina involved, but I concede that this is something usual in LitRPG, since it simulates a game, and many events and outcomes are completely random. The story is often compared to an RPG by both main characters, and even though things work mostly in the same way, they disregard this.

I had issues connecting to the characters. Both are in their late twenties, but they behavior corresponds to at least ten years younger boys. I missed some more important female characters, and all off them were assessed by the Henry and James. It needed to be crystal clear from the start how their eyes were and whether or not they had curves. Strangely all women they found were hot. The fact that one of the main female characters was a servant to one of the guys was something that made me roll my eyes more than once.

The information was heavily provided within the dialogs, with is very amateur. This made the dialogs sound forced. I also had issues understanding the characters’ motivations, since they were not consistent. The characters were not very developed. The two main characters were given a background story (delivered within dialogs), but they didn’t feel like real people. The rest of characters were one dimensional.

Despite these issues I found the book quite entertaining, and a pleasant and easy listen.

Jeff Hay’s narration was absolutely great. He delivered different voices for all the characters, and I appreciate the clear distinction between the two main characters. This is something not always done by narrators, and it really helps to avoid confusions, since most of the dialogs are between these two characters. I found the female characters’ voices a bit forced, although it went well with the writing style. There is ten seconds silence around 22:53 which found quite odd. I replayed this part because at first I thought it was my phone acting up. I found it really strange since the audio production is, for the rest, perfect.

I received this audiobook as part of my participation in a blog tour with Audiobookworm Promotions. The gifting of this audiobook did not affect my opinion of it.