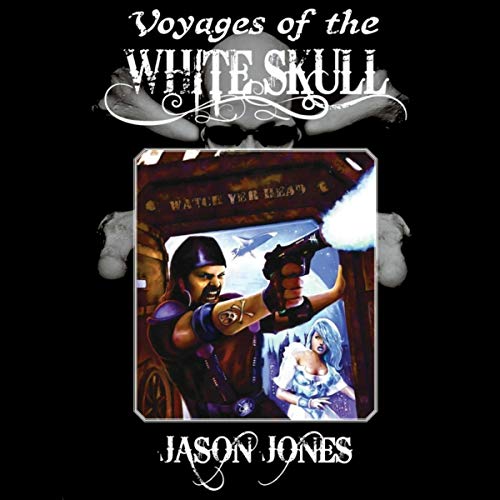 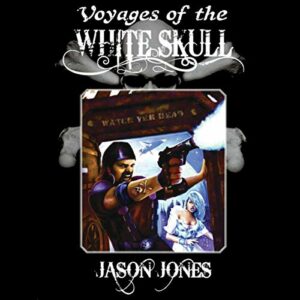 Imagine a future where the fate of humanity is ruled by the vile and unforgiving government. Executions of the poor become daily occurences in order to make more room for the wealthy and the children of a new generation. A questionable agenda has been given to a dark, unforeseeable future and the hope of the people rests in unsure success of a starship named Horizon. The search for humanity's new home has begun. Enter the White Skull, a drug addicted pirate, who has given up on his own life could be the only hope humanity has left. With the help of an eclectic group of misfits including an eccentric homosexual colleague, an obsessed ex-girlfriend, and a mysterious female assassin bent on revenge and infatuated with diamonds, will this group of misguided adventurers be able to see past the darkness in their own hearts to find a better future for humanity? Find out in the first White Skull adventure.

In a distant future, after a lapse of time of prosperity, the church recovered the lost power and social inequality is worse than ever. Thousands of colonists travel on the Horizon looking for a habitable world, but things do not come out as expected. The success or loss of the human race may depend on a drug-addicted pirate, known as the White Skull, and his special friends.

This was an entertaining space opera with quirky characters and unexpected situations. There were several twists and turns that got me by surprise and kept me on the edge of my seat. It was a rollercoaster of action and surprises.

I especially liked the premises of the story, as they seem plausible in a not so distant future, but I missed a bit of world-building. I found strange that many people were cast out to space stations and colonization ships, but some of the characters in the book were born on Earth without being from powerful families. I may have missed something, or maybe the change in power was more recent than I thought, but this felt strange to me.

The story is interesting and entertaining but the writing style and how some characters behave was not my cup of tea. Most of the dialogs were quite forced, and the characters acted and spoke in a way that did not seem natural at all. I appreciated that there were some gay characters in the book, but the superficial way they acted just did not seem right. Relationships were built in a second, and somehow female characters had to be quickly involved in sexual behaviors all the time. I am sad to say that I found the book and writing sexist, and aimed mainly at a male public. I found myself eyerolling at too many situations to be able to say that I enjoyed this book. It was entertaining, yes, but I feel that too many things got in the way for me to fully enjoy it.

I have to say that Karesa McElheny’s narration matched the book very well, delivering expressive character interpretations. Some of them were a bit overdone but I think the text demanded this somehow from her. I found a bit strange to find a woman narrating this book, as the main character and most of the secondary ones were male. It was well done, though, and I have to say that the narration was one of the things I liked from the audiobook.