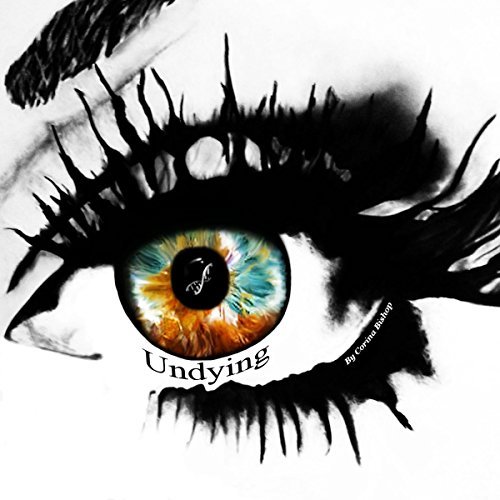 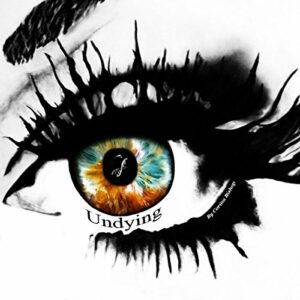 To awaken and not know who you are is a crushing feeling. Panic and hysteria override all other senses. Strangers approach and terror builds within your chest. You hope these strangers, with their white lab coats, will bring an ounce of reason back to your jumbled thoughts. Instead they bring needles and knives that puncture your skin, introducing new horrors for your brain to try to comprehend.

This is the life Sentra is born into at the age of twenty-four. She is surrounded by people who only cause her agony and pay no mind to her mounting questions. Sentra cannot even find solace in her dreams, where she is haunted by memories from a woman who died long ago. If the pain and confusion wasn't enough, Sentra's body doesn't seem to be entirely human and her detainers have far greater plans for her in a war she wants no part of.

All Sentra knows for sure is that she wants out and she will do anything to gain her freedom.

My original Undying audiobook review and many others can be found at Audiobook Reviewer.

A young woman awakes at a special lab, where she is undergoing numerous painful tests. it is like torture. She doesn’t know what she’s doing there, or even who she is and where she came from. Nobody is giving any kind of explanation, but the strange memories she has don’t make sense at all.

I loved this book from start to finish. It was one of those that I couldn’t put down. It has a length of almost 16 hours but I finished it in just a bit more than two days. Corina Bishop has written an amazing story in a new world, full of details and great characters. The intrigue was what mostly kept me going. Where is Sintra? Where is she? How is this world that she is in? Are they telling her the truth? There are some surprises along the way, some expected, some not, but I can say that this has been a roller coaster, and the need of wanting to know more has made me to lose some hours of sleep. During the time I was listening to this book I was completely obsessed by this world and the experiments carried out at this facility.

It was easy to connect to Sintra, even though I did not understand her reactions all the time. Bishop has an incredible talent for transmitting the character’s emotions, and all the characters in this story, although weird in one way or another, feel like real people. There is a great world building too at play, even though there are still some unknown details that I’m sure will be revealed in future books. I just can’t seem to get enough of it!

This is a book that almost deserves a five-star rating. And why am I saying almost? There are a few minor details that bothered me. First, when Sintra is being heavily tortured, she narrates the story saying the she feels her tears down her face. I haven’t been tortured in my life, but I know what is is to feel much pain, and believe me, I don’t think I would have thought about my tears running down my face. I think this wouldn’t have been present in a more mature text. Second, one of the characters spells the word ‘hell’ (H-E-L-L), but this is referred in the text as wording out syllables. Mmmm, no. Hell has just one syllable, the other things are called letters. I think someone should have pointed this out to Bishop before publishing the book.

Laura Jennings really became Sintra in this story, transmitting her emotions and attitude. She also performed well the rest of characters, giving them unique voices and styles. I have a few things to say though. At the beginning of the book, there is a sentence said by Sintra but with Cordova’s voice. I had to rewind some seconds because what I was hearing didn’t make sense, and this was why. I found weird that Cordova had a heavy accent, but her twin sister Katerina had none. It’s true that Cordova’s accent was mentioned in the text and Katerina wasn’t, but I would expect a similar accent from both twin sisters. The audio production was quite okay, although there were some volume changes and the ‘s’ sounded saturated. This bothered me a bit at the beginning, but I got accustomed to it after a while.

I’m so looking forward to the next books, still unpublished, and what new things how Bishop has in store for Sintra and her friends. I hope Catherine Bishop will not make us wait too long.