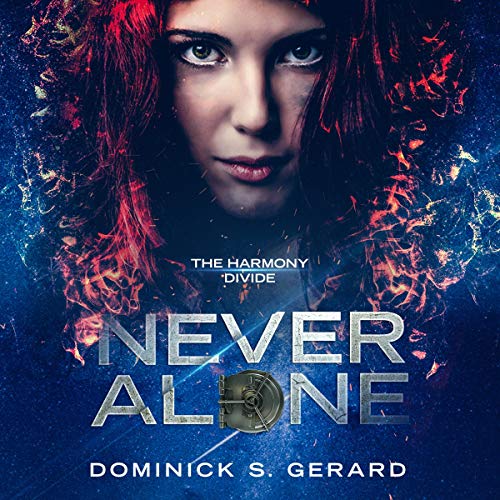 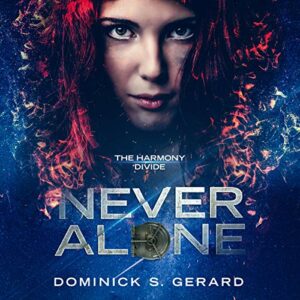 Christine wakes up afraid and disoriented in a U.S. government laboratory with no knowledge of how she got there or who she is. Though physically she's alone, she soon realizes there's another voice in her head, one who calls herself Jenn. Jenn cautions Christine they are both in mortal danger from soldiers from another world attempting to breach a vault in the facility. Jenn says the vault has a weapon that must be protected or the world faces destruction. Christine's mind is the key to the vault. The code is locked away behind her own self-inflicted mental vault. Jenn tells her the only way to regain her memory, and the code is for Christine to experience Jenn's memories before she can access her own. Christine must work with her mysterious ally to uncover her past, recovering memories that might be better left forgotten before the soldiers access the vault. The mental journey takes them through love, trauma, and revelation. The physical journey takes them through fire, pain, and redemption.

A young woman wakes up in a lab with her memories gone and another woman inside her head. Who and where is she? And why is there another voice in her head giving her instructions?

I really liked the premises of this story. I have read other books in which the main character wakes up not remembering anything and it is a great plot device to keep the reader interested. The original detail here was the other woman in her head, Jenn, giving her information in small doses and asking her to do determined things. This is basically the content of the first part of the book, which kept me hooked, wondering who these two women were, especially the one who had lost her memories. There is an unexpected plot twist towards the half of the book, when we learn who she is. The first half of the story kept me guessing, and I expected a big reveal, but nothing like what it really was. I was so excited about who she could be that I had so many expectations that I found the truth a bit underwhelming.

The second part is more focused on Jenn, the woman inside her head, the one with powers, but who also needs help. I felt less invested in this subplot somehow, maybe because Jenn is so patronizing and perfect all the time that I couldn’t relate to her. We are shown her experiences indirectly, and I think that is what made me care less for her and her life.

The two parts the books is divided into are well defined, and could have very well have been two separate books.

There are bad guys in this book too, which made things more interesting. I think I would have liked a bit more of world-building regarding that, but this is also a possibility for a sequel. I felt there was something missing somehow, which is why I was not completely invested in the second half of the book.

Whitney Dorr’s narration was very good, delivering great character interpretations with subtle differences for each woman. I was able to tell who was talking at all times, which is not easy in a book like this, in which both women are keeping constant conversations.

Overall, I enjoyed this audiobook. I think the first part was very well written, but the science-fiction in the second part was just too magical for me.