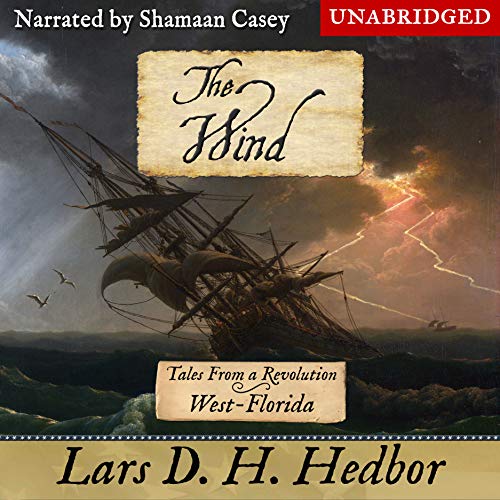 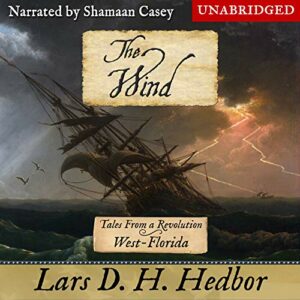 The American Revolution Reaches the Gulf Coast
Gabriel is a simple sailor, doing the bidding of his Captain and King, when he is swept up in a storm that changes his life in ways that he could never have anticipated.
Carlotta yearns for her lost home, and is searching for her lost husband, but both remain elusive in a world that has been turned upside-down by forces far outside of her control.
When the storm that is Governor Bernardo de Gálvez breaks over them both, neither will ever be the same -- and nor will their world.

Part of the War of Independence and the role of the Spanish in it, this episode in American History is often a forgotten one, and Hedbor has the ability to transmit and bring it to life, to make it known to our and future generations. The main characters in this story are Gabriel and Carlotta. Gabriel is a castaway on the coast of West-Florida, and after almost drowning, he meets Carlota, who is an inhabitant of the closest town. She has gone out in the middle of a terrible storm to look for her husband after they had an argument. The main plot is about the historical events in this part of America during the Revolution, but there is also a romantic subplot that made the story more approachable.

I enjoyed reading about a part of History I was not familiar with. I have missed some more character development, but I understand that characters’ stories were not the main subject here, but just a mere artifact to deliver a greater message. It would just have helped to relate a bit more to them, but it would also have made for a different and denser book. I also missed strong female characters but this is expected due to the era that is portrayed in this book. All in all, I think it was well done, and I found it useful to learn about some historical events that I was not familiar with.

This book is part of a series but it can be read as a standalone. I would recommend it to anyone interested in American History, especially if they are curious about less popular episodes.

Shamaan Casey’s narration was expressive, with great character interpretations and a decent Spanish pronunciation. I would like a just to mention that the first “s” in “islas” is not a mute one. I would have appreciated a better articulation in general, but this is just a personal preference. Casey has a pleasant voice, and the audio production was well done.