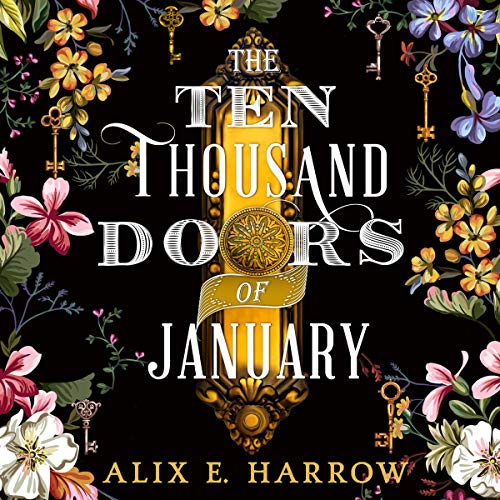 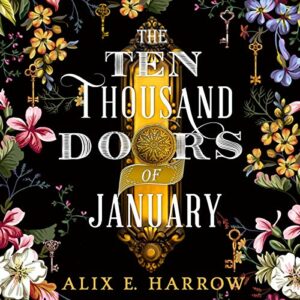 In a sprawling mansion filled with peculiar treasures, January Scaller is a curiosity herself. As the ward of the wealthy Mr. Locke, she feels little different from the artifacts that decorate the halls: carefully maintained, largely ignored, and utterly out of place.
Then she finds a strange book. A book that carries the scent of other worlds, and tells a tale of secret doors, of love, adventure and danger. Each page turn reveals impossible truths about the world and January discovers a story increasingly entwined with her own.

The Ten Thousand Doors of January is a magic realism coming of age story. January Scaller is just a little child at the beginning of this book. The daughter of an exotic man who is employed by Mr. Locke to travel the world and search for valuable antiques, he barely has time to spend with January, who grows up in a world that is not her own.

I was looking forward to this book, and I wanted so much to like it. It was an interesting concept and quite imaginative, but the appeal, sadly, ended there. The impossible baroque language was beautiful but empty. I didn’t feel I got to know the characters, and I wasn’t able to relate to them. Sometimes I wondered why I wasn’t able to see January’s surroundings after so many words. Plenty of metaphors and similes, but zero useful content. I would have loved to have some world building and detailed descriptions, the language made you believe it was all there but wasn’t. I’m not against beautiful and complex language in a book. I actually tend to enjoy it, but it needs to have some minimum content, some meat to it.

January was not even a likable character. Her companions, as well as the evil guys, were mere cartoonish characters. January’s father never felt like a real person. I think there was so much intention in Harrow’s writing that her true purpose got lost somehow. The story felt terribly long-winded, and I was to the point of DNF several times throughout the book. I persevered because I thought I was going to be rewarded in the end. I wasn’t.

January LaVoy’s narration was a good one. I think it matched the story well, and she portrayed January very well. I found a bit confusing the voice she used for the book January was reading, taking into account who wrote it. It might have been to prevent spoilers, but then the last chapter was read with the real voice. It was an enjoyable narration, even though some of the accents felt too similar.

This book was a disappointment, I think it would have benefited from being heavily edited.