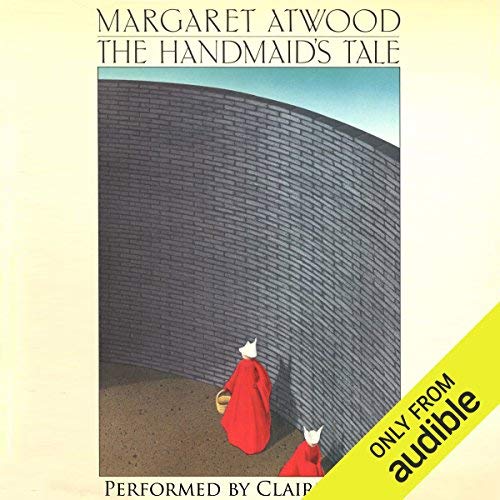 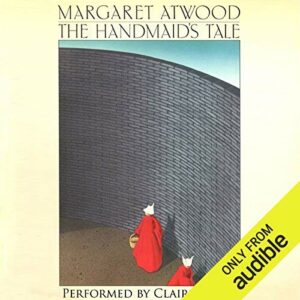 Offred is a Handmaid in the Republic of Gilead. She may leave the home of the Commander and his wife once a day to walk to food markets whose signs are now pictures instead of words because women are no longer allowed to read. She must lie on her back once a month and pray that the Commander makes her pregnant, because in an age of declining births, Offred and the other Handmaids are valued only if their ovaries are viable. Offred can remember the years before, when she lived and made love with her husband, Luke; when she played with and protected her daughter; when she had a job, money of her own, and access to knowledge. But all of that is gone now...

I’ve recently listened to a book that was compared to this one, which became famous when the TV series based on the novel came out. Being dystopia is one of my favorite genres, this book has been in my TBR pile for a while now. I have to say that it was entirely a different book than I expected. More than The Handmaid’s Tale, The Handmaid’s Diary would suit it better, in my opinion. It’s a story told in first person by one of the handmaids or surrogates assigned to a family. The world hasn’t changed not many years ago, and she still remembers her old life.

The pace of the book is slow, but I think it’s on purpose, just to show the idleness this woman experimented every day. The style is not very polished but this is also on purpose, since the book is her diary.

It was very interesting from a sociological point of view, but heart-breaking and very hard at times, for a feminist. All the things these women and their defenders had to bear was inhuman, and there was no way out.

To be this a sci-fi book there is little technology mentioned in the story, apart from how money was just before the regime. It’s understandable, since this is the tale about Gilead after technology has been banned and forgotten out of obligation.

I missed some more world building and background history to be able to understand how this society came to be. I would have liked to have more details, and also understand why nobody opposed this regime. We’ve seen ‘similar’ situation in several countries in the past, but there is usually an armed conflict at some point. I want to think that we don’t get much information on this because this is her tale, her diary, and if we’ve gotten all this information, this would have been a totally different book. Better? Worse? I don’t know, just different.

Claire Danes’ narration was really moving. It was like listening to this handmaid, where pauses sometimes had more meaning than the words surrounding them. Her tone and cadence were just perfect, and she transmitted all those emotions multiplied by ten. There are some subtle breathing noises that make the tale more real. I totally recommend this version of The Handmaid’s Tale audiobook.