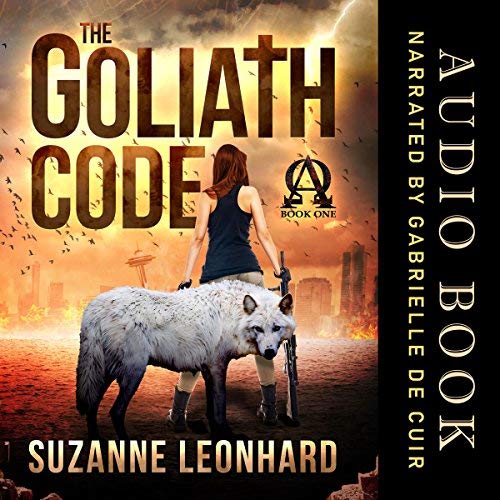 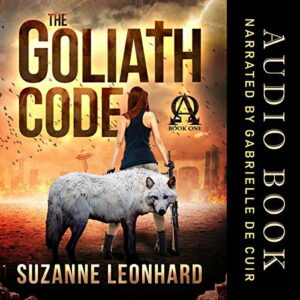 THE END HAS COME AND THERE'S NOWHERE TO HIDEA cataclysmic eruption has turned America into a suffocating wasteland. In sixteen-year-old Sera Donner's isolated Pacific Northwest town, thousands are dead and hundreds are missing, including her own mother. With precious resources running low, neighbor turns against neighbor, sparking a brutal civil war, and when the new survivalist regime decides Sera's disabled brother isn't fit to live, she picks up the rifle she’s vowed never to touch, and fights to defend those she loves.Mysterious Micah Abrams is Sera's only comfort in the chaos; Micah clings to an inexplicable hope that Sera finds hard to resist but difficult to understand. She longs to let down her guard and reveal to him a secret that's tearing her apart. But with the stakes higher than ever, can Sera really trust a schoolyard bully suddenly turned prophet?As the battle over control of the community reaches a fevered pitch, a powerful military leader marches into town with an imposing force, offering food, water, and promises of salvation. Everyone thinks the worst is finally over.They're wrong.

My original Goliath Code audiobook review and many others can be found at Audiobook Reviewer.

An eruption at Yosemite has immersed America in total chaos. Many people died and many cities were destroyed. Sera and her brother David have lost their parents during the cataclysm, an with that, David’s hopes of becoming normal. David and Sera’s father was a scientist specialized in genetic modifications using nanobots, and he had the key to give his son a normal body. David and Sera will face the challenges and danger, each one in a different way, while they witness how Europa saves America in an unexpected way.

This book had all the ingredients to be an enjoyable post-apocalyptic story for young adults. We have two strong main characters, who antagonize each other at times. We see a clear evolution in Sera, and the way she decides to take matters in her own hands. There is also deception, mystery, and blood, lots of blood.

The plot was a bit chaotic at times, but it kept me interested. Somehow, I didn’t understand Sera’s decision of hiding what happened to her mother. It seemed to me at first, that it was going to be a decisive event in the book, one that could change things. And it did, eventually, just not in the way I expected, and I have to say that I felt disappointed, and even cheated towards the end. There were also other characters’ actions that I found strange and that made them less real.

There is some romance, as anyone would expect in a YA book. Not too much, but there nonetheless. I added some value to the story, and created some dynamics among several of the characters.

The next point may be controversial. There is quite some religion in this book. A lot more towards the end, and for me this is not a good thing in a sci-fi/post-apocalyptic book. I think authors in general should understand that their books are read by a vast public, and that many of their readers might be atheists or have a religion other than Christianism. For me, this high level of religion in a book is a total setback. Things just don’t work in the end if you pray and put up with things. Things work out if you fight and work hard for them. Or that is what I would like to read in a book.

Gabrielle de Cuir did a good job narrating this book and bringing Sera to life. I found her style a bit too languid for this kind of story, but it did not disturb me. Her voices were credible and each character had their own voice and style. The last, and more religious,  part, of the book benefited from de Cuir style.