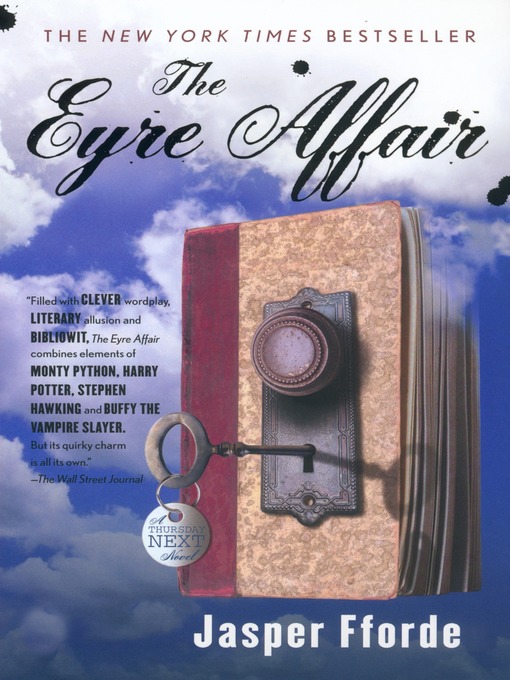 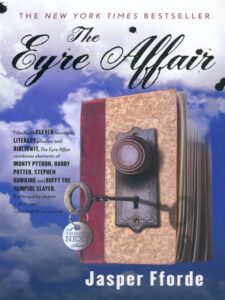 12 hours, 15 minutes
Welcome to a surreal version of Great Britain, circa 1985, where time travel is routine, cloning is a reality (dodos are the resurrected pet of choice), and literature is taken very, very seriously. England is a virtual police state where an aunt can get lost (literally) in a Wordsworth poem, militant Baconians heckle performances of Hamlet, and forging Byronic verse is a punishable offense. All this is business as usual for Thursday Next, renowned Special Operative in literary detection, until someone begins kidnapping characters from works of literature. When Jane Eyre is plucked from the pages of Brontë's novel, Thursday must track down the villain and enter the novel herself to avert a heinous act of literary homicide.

I listened to this audiobook as a recommendation to get over a reading slump. I found the idea very original, but the execution was not as good as I hoped. I wanted to like this book, I thought the premises were great, and the world-building, despite being quite far fetched, was interesting and something that didn’t seem to have been done before.

In 1985 England, one of the most valuable things is literature, so there is a whole police department to fight crimes against it. Thursday Next, our main character, and daughter of a rogue agent from the Chronoguard, is a LiteraTec, a Literary detective. Put this way, it sounds amazing. The book held my interest during the first part, and the ending was good, but somewhere in between, I lost interest entirely in the story and its characters. What seemed at first a cute and quirky story became a disjointed mess that I find challenging to catalog. Part crime, part romance, part war novel, part urban fantasy, part time travel, part vampires, part ucrony, what else? I think Fforde tried to approach too many subjects in this book, and this made him lose focus. I expected more time travel, as the book begins introducing the Chronoguard, but what happens mostly is characters traveling in and out of English classics, specifically Jane Eyre. It may have helped if I’d read the classic recently, but I have vague memories from it. Rewriting a classic feels anyway somewhat pretentious, and I was never fond of books within books to start with so, among all the issues in this story, I think this was just not for me.

I wasn’t able to connect with any of the characters. Thursday Next wasn’t even likable or relatable. I think part of the problem stems from the fact that she is a female character written by a male author. Also, the names were kind of ludicrous: Thursday Next, Bowden Cable, Acheron Hades? Who on Earth can be called Acheron Hades? It just makes for such a cliched evil guy that is laughable. He reminded me a bit of Moriarty, but apart from being super evil and very powerful, there’s nothing that makes him an interesting nemesis. Also, who is Hades? Why is he so powerful? What are his motivations? He was more of a caricature than somebody to be feared, and this was one of the main problems I had with this book. Motivations, urgency, were nowhere to be seen.

Another problem was that the book is written in first person, but the POV often changed, which was not only confusing but just badly written. I’ve read that Fforde first begun the book in third person and then decided to switch to first person, which may explain this. I found it kind of funny that the two types of narrators, omniscient and limited, are mentioned in the book, but then they are not used properly. A narration in first person can never be omniscient. And if it is, it’s just badly written.

The book felt quite long-winded and I missed detailed descriptions. I wasn’t able to see the characters and their surroundings, and this didn’t help to get invested. The world-building was rich but there was not enough meat to it.

Susan Duerden’s narration was good and matched the writing style well. The characters’ interpretations were expressive but some voices felt a bit similar, making some of the dialogs a bit confusing.

I feel bad for not liking this book after it’s been recommended to me by several friends. All the issues described left me exhausted, so I’m on the lookout again for something to remedy my reading slump.