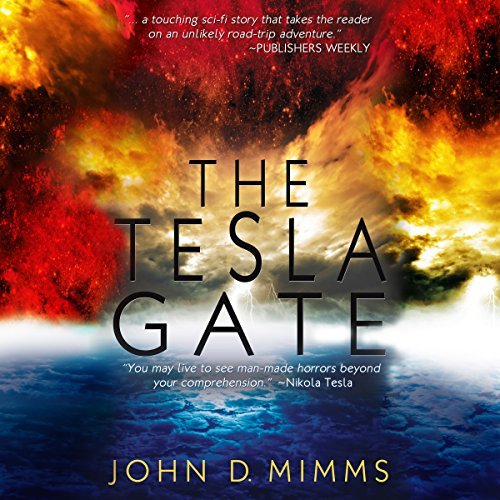 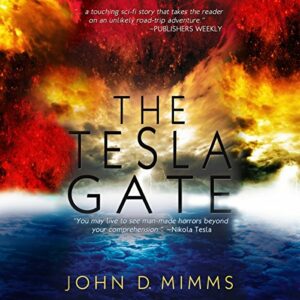 When a cosmic storm enters Earth’s atmosphere, scientists are baffled by its composition and origins, but not nearly as much as they are by the storm’s side effect – anyone who has died and chosen not to cross over is suddenly stranded here, visible, and can interact with the living.   With the world thrown into chaos, Thomas Pendleton is eager to make up for many broken promises to his six-year-old son, Seth. Soon after the storm, they set out on a road trip to the National Air and Space Museum in Washington DC, completely unaware of the social and political maelstrom they're heading into that will change their lives forever.

This is the story of a busy man who gets a second chance in life. Thomas Pendleton could never make time for his family due to his job, but he realized to late about priorities in life. His wife and six-year-old son get killed in a car accident, and Thomas’ life gets turned upside down. A strange cosmic storm approaches Earth and changes the energy of the ones deceased that didn’t decide to cross the door, those popularly called ghosts. Seth is one of these souls who decided to stay behind, and Thomas will get a second chance to try to make things in a different way.

Paranormal stories are not usually my cup of tea, so I tend to take this kind of books with a grain of salt. I confess that having Tesla in the title and the fact that the audiobook was narrated by Jake Urry is what sold me on this one. There is not a lot of science in this book, but I have to say that this time I didn’t care at all. This is such a beautiful story about the important things in life and second chances that we never get but we’d love to. Thomas and Seth’s story is one of hope, sacrifice, and also forgiving oneself. It’s about rights, equality, but also fear and racism. This is one of those books that will stay with you for a while after having finished it.

The characters were very well depicted, and their relationships and dialogs felt natural. Thomas and Seth felt really close and I deeply cared for them. Touching important subjects is nothing without great characters that bring those subjects close to the reader. Mimms wove a wonderful tale with realistic and relatable characters, and this is what made this book perfect.

And what can I say about Jake Urry? He could read the phone book and make it interesting. I am amazed at how deep a voice he has for someone so young. He can really pull off an American accent and make it sound natural. Urry gave distinctive voices to all the characters and delivered very emotive character interpretations. He also used a subtle reverb effect for the impals that worked really well. With audiobooks I often choose books more due to the narrator than the author, and this was one of those cases. Any story will shine when narrated by Jake Urry.