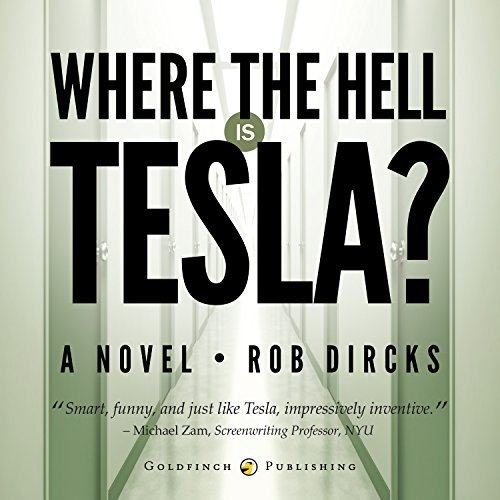 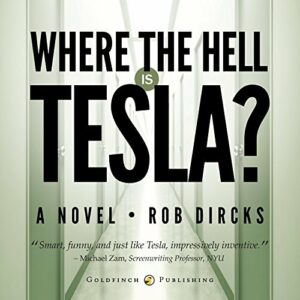 I'll let Chip, the main character tell you more: "I found the journal at work. Well, I don't know if you'd call it work, but that's where I found it. It's the lost journal of Nikola Tesla, one of the greatest inventors and visionaries ever. Before he died in 1943, he kept a notebook filled with spectacular claims and outrageous plans. One of these plans was for an "Interdimensional Transfer Apparatus" - that allowed someone (in this case me and my friend Pete) to travel to other versions of the infinite possibilities around us. Crazy, right? But that's just where the crazy starts."

CHIP'S OFFICIAL DISCLAIMER: This is a work of fiction: the events depicted in the collection of emails did not happen. I have never been in contact with a covert government group attempting to suppress knowledge of the lost journal of Nikola Tesla. I have not been threatened with death if I divulge the secrets contained inside. They did not buy me this handsome jacket (oh crap, you're reading this - trust me, it looks great on me). They did not come to my place, and liquor me up, and offer to publish this book as a sci-fi comedy novel to throw the public off the trail of the real truth.

Or did they?I'm kidding. Of course they didn't.

Or did they?God, I can't keep my big mouth shut.

On his first day as a security guard for the FBI, Chip Collins finds a lost journal of Nikola Tesla, where there is an explanation about one of his inventions, unknown to the world: The Interdimensional Transfer Apparatus. Chip and his friend Pete decide to see how the ITA works, but get lost in it. Only Tesla will be able to help them, but first they will need to rescue Tesla.

After loving The Wrong Unit I had to listen to this one too. I really like Dircks style, and although he is not a profesional narrator (as far as I know he just narrated his own books), he has great narration and audio production skills.

This is kind of an epistolary novel, each chapter is an email from Chip to his ex-girlfriend Julie, where he explain the latest events and also tries to make amends to try to gain her heart again. Chip is one of those people who just appreciates what he is lost when it is too late and things get ugly. I am forgiving him because he is totally hilarious, and deep down he has a good heart.

I was very curious about how Tesla was going to be portrayed and used as a character in the novel, since he is a very interesting historical character, really unappreciated but very important nonetheless. Just let me tell you that if you are expecting something real about Tesla, you will not find in in this book. Tesla is just used as a forgotten genius with quite some great inventions under his belt, a visionary, who spent his last years forgotten and broke. He might as well have created something like the ITA and then fallen into oblivion.

I laughed out loud listening to this book, but I have to say that I expecting something more. It could be that I tend to dislike when authors abuse of Deus ex Machina, and there is a lot of it here (it’s even mentioned in the text). The book was all the time ridiculously funny, but with time that got old (for me, at least). The concept of the ITA and the infinite hall was very graphic, but the rules about combinations and other stuff were quite arbitrary and it seemed that changed depending on what was needed at the moment.

Rob Dircks did a great job narrating this book, and it amazes me that he does not do this professionally. He delivered different voices for all the characters, even using a different accent for Tesla. Everything is done in a subtle way, and the audio production is spotless.