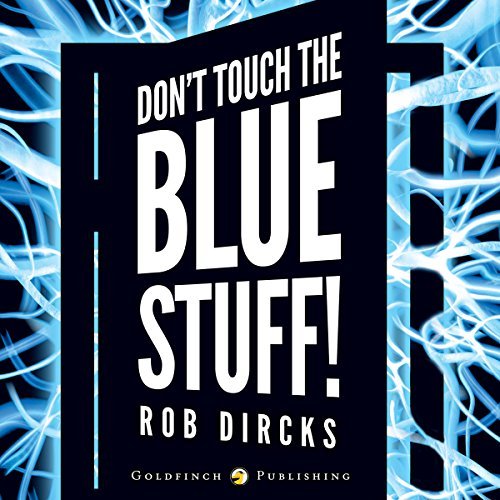 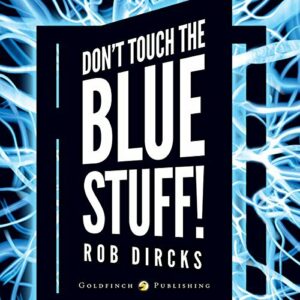 The sequel to Where the Hell is Tesla? is HERE!

SOMETHING CALLED THE “BLUE JUICE” IS COMING. FOR ALL OF US.

Luckily, me (Chip Collins), Pete, Nikola Tesla, Bobo, and FBI Agent Gina Phillips are here to kick its ass, and send it back to last Tuesday. Maybe. Or maybe we’ll fail, and everyone in the multiverse is doomed. (Seriously, you might want to get that underground bunker ready.) Either way, I’ve got to get home to Julie and find out… woah, I’m not about to tell you that right here in the book description! TMI.

WARNING: If you haven’t read Where the Hell is Tesla?, I apologize in advance, as you might get completely freaking lost. If you do, just call my apartment, I’m usually around, and I’ll fill you in. (If I’m not stuck in the ITA.) – Chip

"★★★★★ An amusing and unexpectedly crazy ride - a perfect and hilarious follow-up to Where the Hell is Tesla?" - AudiobookReviewer.com

"★★★★★ An incredible, madcap adventure that only Dircks could deliver. The "Tesla" books are living proof that original stories are still out there waiting to be discovered."

"★★★★★ I love this series! It gets better and better. Love wins! If you haven't read Where the Hell is a Tesla?, you must. You'll love both. I promise. Thank you Mr. Dircks!"

"★★★★★ So damn funny and insanely entertaining! Loved the first one and this was just as fun."

"★★★★★ You never know with sequels... Fortunately, you don't have to worry about this one. Dircks' second in the Tesla series delivers every bit as well as the first - in the same balls-to-the-wall writing style that made the first book so entertaining."

"★★★★★ There isn't another writer like Rob Dircks in the entire multiverse."

"★★★★★ The CHIP MASTER IS BACK. My second favorite of all audiobooks I've ever listened to... only because Where the Hell is Tesla? is number one."

"★★★★★ SHEER EXUBERANCE - The sheer exuberance displayed by Chip, his damn-the-torpedoes-full-speed-ahead approach to plot twists (plus the crying, cussing, vomiting that accompany it), carry me along like a tidal wave. I never tire of Pete, Tesla, Gina, Bobo, and other fellow travelers as they courageously forge ahead (or bumble ahead) of troubles and catastrophes."

"★★★★ More fun than the original! - There are a fair number of scifi based humorous buddy adventures out there, and lots of them are entertaining enough. But, this book, (and the series), strikes me as just right. The energy, cheerfulness, and clever humor was as fresh and engaging as before."

Chip has a good life after the adventures in the previous book. He is finally back with Julie and they are planning to get married. But the wedding is suddenly interrupted because Pete, living in another dimension with Maggie, has disappeared. Chip will have to enter again the Interdimensional Transfer Apparatus, with Gina Phillips, her boss in the FBI, just to discover that Pete has been swallowed by a blue stuff. The situation is so dire that they will need Tesla’s assistance again.

This is a continuation of the previous book, and kind of conclusion to the story. It also was totally hilarious, with tons of absurd scenes and unique characters. Dircks has a powerful imagination to be able to come up with something like this.

This time I was able to connect better to the characters than in the previous book, and somehow I cared more for them. Gina was a nice addition to the story as Chip’s sidekick. She mostly can’t stand Chip, and enjoys making things difficult for him.

This book is also written in epistolary style, which is funny, since Chip knows beforehand that Julie will not be getting his emails until he is back in his original dimension.

I found this book light and refreshing, but as with the previous one, the book dragged a bit for me. It is not a long book by any means, but I think I soon reach my quota with this kind of humor.

Dircks’ narration was great again, and I wonder if he has contemplated the possibility of pursuing a career as narrator too, apart from writing books. There was nothing in his narration or audio production that could be called amateur. All voices were distinctive enough in a subtle way, his acting was superb, and he even sang several times!