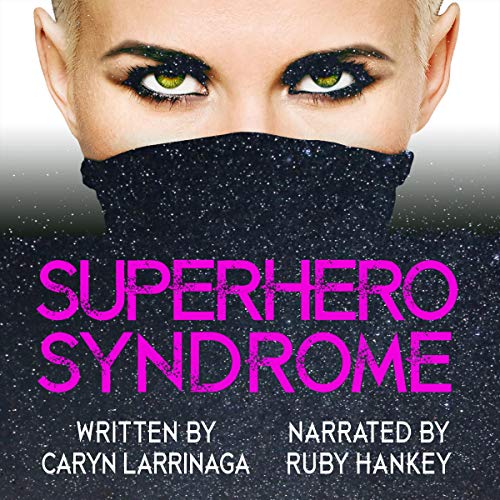 Tess McBray was dying. The Solstice Syndrome had no cure, and she resigned herself to an early grave. But just when she gave up on survival, all her symptoms mysteriously disappeared.
All but one symptom, anyway. Something is wrong with Tess’s hands. They absorb any material they touch, and her skin turns to wood, or steel, or concrete. It doesn’t take this comic-book obsessed 21-year-old long to figure out what’s going on: somehow, she’s developed super powers. And she’s not the only one; across the country, people are coming forward and sharing their gifts with the world. In her own city, where the police are battling a human trafficking operation, a masked vigilante called The Fox is saving lives and stopping criminals.
Tess doesn’t know where she fits into this new, super-powered world. But when people around her start disappearing, she can’t just sit on the sidelines. Teaming up with The Fox to create the world’s first superhero duo might be the only way to rid her city of evil and save the people she loves most.

Tess is terribly ill. Like many other people, she has caught what the press began to call the solstice syndrome. Many are dying, and Tess is almost terminal, but on a night during a meteor shower, not only she gets cured but she also gains superpowers. After learning to master her new skills, she joins forces with the Fox, in an attempt to end a human trafficking network that has kidnapped her sister.

This was an excellent YA superhero novel! Written in first person, I quickly connected with Tess, and although her situation was something new to me, and I did not understand all her actions, it was easy enough to relate to her. I embarked on this adventure without any preconception or prejudice, and I have to to say that I thoroughly enjoyed it. There are several twists and surprises along the way, and I just wanted to fight with the cool kids: Tess and the Fox.

Tess is the most developed of all the characters, but as this is the first book in a row series, I believe we will get the backstories of secondary characters soon enough.

Ruby Hankey did an excellent job voicing Tess and the rest of the characters. Her interpretation skills and compelling tone kept my attention at all times. There were subtle differences in voices and styles, which made following dialogs a breeze. Her male voices were subtle and credible.

It was an easy listen, very entertaining and addictive. I am definitely looking forward to the next book in the series.

I received this audiobook as part of my participation in a blog tour with Audiobookworm Promotions. The tour is being sponsored by Carryn Larrinaga. The gifting of this audiobook did not affect my opinion of it.