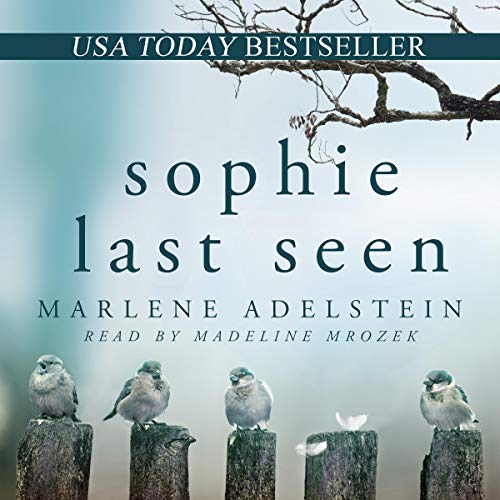 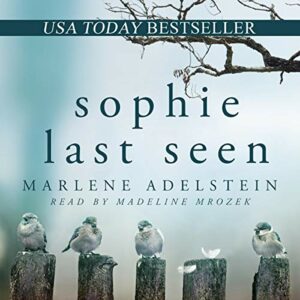 Six years ago, ten-year-old Sophie Albright disappeared from a shopping mall. Her mother, Jesse, is left in a self-destructive limbo, haunted by memories of her intense and difficult child, who was obsessed with birds. Trapped in her grief and guilt, Jesse stumbles through her workdays at a bookstore and spends her off hours poring over Sophie’s bird journals or haunting the mall to search for the face of her missing child.

When Star Silverman, Sophie’s best friend, starts working at the bookstore, Jesse is uncomfortable around the sarcastic teen, who is a constant reminder of her daughter. But Star has secrets of her own, and her childhood memories could be the key to solving Sophie’s disappearance.

With help from Star and Kentucky “Tuck” Barnes, a private detective on the trail of another missing girl, Jesse may finally get some closure, one way or the other.

Jesse is broken. She has been for the last six years, since she lost Sophie, her ten-year-old child, at a shopping mall. Since then she has been looking for clues that could tell her where Sophie could be. Star was Sophie’s best friend, and she is haunted day and night about what might have happened to Sophie if she had kept her promise. Following clues left by Sophie, both women embark on a search for the lost girl, or at least to try to find out what happened to her.

I finished this book last night and I can’t stop thinking about it. I don’t remember the last book that gave me goosebumps like this one did. Sophie Last Seen is a character driven story in which both main characters suffer a deep transformation and grow together after a severe trauma. This is a book about grief, obsessions, but also friendship, and overcoming one’s feelings. There is a before and after, and life will never be the same, but one must learn how to continue living and let go.

This book has spoken directly to me in many ways, and it was so easy to relate to Jesse and Star. I could see myself making the same mistakes and suffering like the. I really felt for them: the anguish of not knowing, the fervent obsession of wanting to believe in something.

I have been following Madeline Mrozek for a while, but I think this time she has overcome herself narrating this book. She has brought the characters to life transmitting their emotions in a way that felt like listening to real people struggling with real problems. Dialogs between Jesse and Star were especially well made, creating the illusion of having two different people interacting. I could clearly hear the difference between both characters, and their style and voices reflected their personality. The differences were subtle but clear, and following their dialogs was easy. The audio production was just perfect.

This is a book that I want to recommend to everyone! It is very well written, with well-thought-out characters, and a moving plot. It is one of those stories that will stay with me forever.