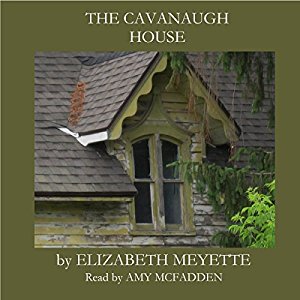 When Jesse Graham unlocks the door to the deserted house she inherited from her Aunt Helen, she doesn’t realize she’s unlocking secrets that had lain dormant for years. Reeling from a broken engagement to acclaimed musician Robert Cronmiller, Jesse wants to leave the city where her name is linked to his in all the society pages. Her best friend Maggie, aka Sister Angelina, convinces her to take a job at a private girls school in the pastoral Finger Lakes region of upstate New York. Anticipating a quiet, revitalizing life in her aunt’s deserted house, Jesse is instead thrown into a maze of danger. Questions about her aunt’s death lead Jesse to investigate events surrounding it and the people involved, but she uncovers a web of deceit that reaches far beyond the occurrences of over two decades earlier. Still dejected from her broken engagement, Jesse finds it difficult to trust anyone, even her self-absorbed mother. Joe Riley is irresistible, but secrets obstruct involvement with him until Jesse can solve the secrets of the Cavanaugh House. Someone doesn’t want those secrets unearthed and will stop at nothing, even murder, to keep them hidden.

Poet, blogger and believer in dreams-come-true, Elizabeth Meyette’s journey has taken her through a career in education to a career in writing. Elizabeth put her first novel, Love’s Destinyon the shelf while she taught English, Journalism and Library Science/Technology.

Upon retiring from teaching, she dusted off Love’s Destiny, polished it and submitted it to Crimson Romance, who published it in June 2012. Unlike her first novel, the sequel, Love’s Spirit took only seven months from inception to submission, and was published in April 2013.To coin a friend’s phrase, she didn’t retire, she “refired” and loves her second career as a writer.

Elizabeth’s mysteries are set in 1968 in the Finger Lakes region of upstate New York. An Amazon Bestseller, The Cavanaugh House, and its sequel, Buried Secrets, are available as audiobooks. She has also published poetry and freelance articles.

Elizabeth is a PAN member of Romance Writers of America, a member Sisters in Crime, Capitol City Writers Association, Greater Grand Rapids Writers Group and Society of Children’s Books Writers and Illustrators. She and her husband Richard live in the West Michigan. They made an agreement that she cannot cook on writing days after he had endured burnt broccoli and overcooked chicken. Fortunately, Richard is an excellent cook.

Amy McFadden has narrated over 250 titles in many different genres with a focus on Comedic Fiction, Romance, and not-super-violent Thrillers. She is an Earphones Award winner, and a four-time Audie Award finalist in Humor, Mystery/Thriller and Literary Fiction.

I received this audiobook as part of my participation in a blog tour with Audiobookworm Promotions. The tour is being sponsored by Elizabeth Meyette. The gifting of this audiobook did not affect my opinion of it.

Jesse Graham, trying to recover from a heartbreak, and escaping from an uncaring mother, goes to live to the old house she inherited from her aunt Helen, deceased twenty eight years before. When Jesse arrives to the old house she meets one of the neighbors, Joe, who is the first from several mentioning that the house has been haunted for years. What Jesse was told about her aunts death does not match what happened in reality, and she will go to great lengths in order to find out the truth, even exposing herself to great danger.

I found this book addictive, in a way that I needed to know more, I needed to know the truth behind Helen’s death. It was a refreshing story with great characters, which almost felt real and each one had their unique voice. I had issues with some of Jesse’s attitudes, bordering irresponsibility mixed with naïveté. I also had troubles believing her friendship with Maggie, and the friendly and light hearted attitude some of the nuns had, especially taking into account that the story is set in the late sixties. Even like this, it was a great group of characters.

At the beginning of the book the date is mentioned, but apart from that and a couple of details it does not feel like a novel set in the past. There is something missing from the atmosphere to keep this in mind, and I almost expected that at some point one of the characters was going to take a cell phone from their purse. I kept forgetting that the story is set in the lat sixties, but I cannot put my finger on what exactly.

I found the mystery to be well executed, with a plot that made the listener curious and always wanting to know more. I thought I was going to be bothered by the paranormal factor, but it is a small part of the story, and in hindsight, I think nothing really depended on it. If the story was told omitting this factor it would have been almost the same. Yes, I am not a big fan of paranormal stories.

There was a twist at the end that was quite surprising, but made the end feel a bit anticlimactic.

Amy McFadden delivered a great interpretation of all characters, making clear distinction amongst them, which made the story easy to follow. Her tone was too much ‘valley girl’ though, and this maybe was one of the things that got me confused all the time about the era the story is set in.

All in all, I really enjoyed this book, and even though the total duration is more than ten hours, it was so addictive that I was able to finish it in just two days.

May 3: Dab of Darkness

May 4: Lomeraniel
Read Day and Night

May 6: The Desert Bibliophile

May 12:The Literary Apothecary
The Book Addict’s Reviews

One response to “Book Review and Spotlight: The Cavanaugh House by Elizabeth Meyette”