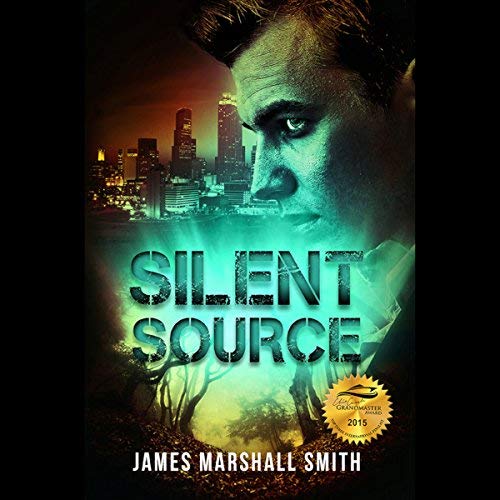 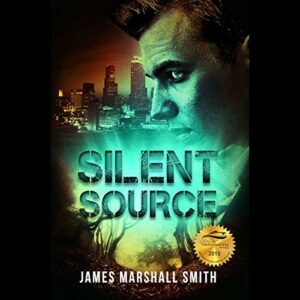 SILENT SOURCE is an award-winning debut thriller inspired by one of Homeland Security’s top scenarios for terrorist attacks on America. Forensic mastermind, Damon Keane, investigates a series of bewildering cases of a fatal syndrome—a slow, excruciating death—cropping up in Atlanta. Now a priest is dying at Grady Memorial hospital. Delirious and in torment . . . hints of torture carried out within the walls of his sacred church. The only clue for the crime is the dying priest’s rosary beads: they’ve miraculously turned the color of blood. But Keane knows he’s not chasing something supernatural. He’s pursuing a killer—a man twisted by anger and a lust for vengeance.

The mystery races from Atlanta to London’s Hyde Park to the edge of Siberia, a place once home to the world’s most secret atomic city, now mecca for the international nuclear black market. The killer is making chilling preparations to submerge Atlanta in a cloud of death. Keane is always one step behind. Time is running out.

It all comes together on a bustling July 4th weekend at the world’s busiest airport—Atlanta’s Hartsfield-Jackson. And Damon Keane has learned that the only way to take down this sinister madman is to outmatch his cunning in a face-to-face showdown.

SILENT SOURCE was one of three international finalists for the 2015 Clive Cussler Grand Master Award. The fast-paced thriller will appeal to fans of David Baldacci and James Patterson.

My original Silent Source audiobook review and many others can be found at Audiobook Reviewer.

Damon Keane is assigned to assist on a case of terrorism in Atlanta. The victims appear with terrible symptoms just to die shortly after. Keane is working with the Atlanta P.D., but at the same time, there is a struggle since they don’t agree with Keane’s decisions and ways.

From time to time I like to immerse myself in a thriller, feel the emotion of a page-turner. What I found different from this one to other stories is that we know who the killer is from almost the start, and the book revolves around Keane trying to demonstrate to the cops that this guy is the killer, and trying to catch him. There is plenty of action, a good amount of investigation, and a decent development of the main characters. I found it an entertaining book in a way that most thrillers are.

What I had issues with was the narration. The audio production was okay, but Peter Lerman’s monotonous tone killed the story for me. It was like listening to a news presenter relating a very boring news. There was little differentiation between the characters voices, and it was good that there were few women, because Lerman’s female voices sounded exactly like the men’s. Action scenes were narrated just like others where nothing important happened.

It was a good story, and I would recommend it to anyone into thrillers but I would not recommend this version. I really struggled to finish this book, since the way it was narrated made me lose interest again and again, and I almost lost the point of the story. I have seen this style of narration mostly in non-fiction, and checking his Audible, it seems Peter Leman has narrated a good amount of those.