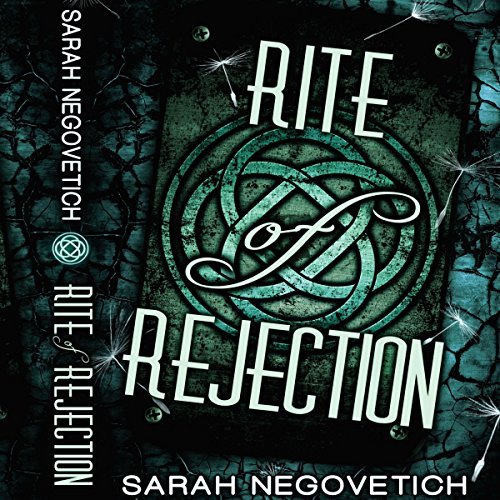 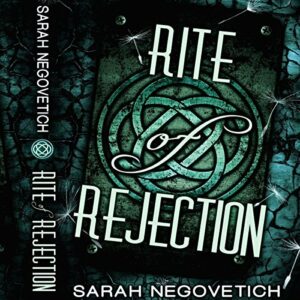 "Before you stands the future."

Straight-laced, sixteen-year-old Rebecca can't wait for her Acceptance. A fancy ball, eligible bachelors, and her debut as an official member of society. Instead, the Machine rejects Rebecca. Labeled as a future criminal, she's shipped off to a life sentence in a lawless penal colony.

A life behind barbed-wire fences with the world's most dangerous people terrifies Rebecca. She reluctantly joins a band of misfit teens in a risky escape plan, complete with an accidental fiancé she's almost certain she can learn to love.

But freedom comes with a price. To escape a doomed future and prove her innocence, Rebecca must embrace the criminal within.

Every year the Rite of Acceptance is celebrated in Carnal City. Teens from all territories must participate when they reach the age of 16 to be accepted into society. There is a special machine that detects any potential criminal, and those are sent to the Pit. Rebecca Collins has always been a good girl, and for her this is just another step in the way, nothing to worry about. But the machine has a different opinion, and Rebecca is sent to the Pit, where she will meet new friends and will try to understand why and how their society really works.

I loved the premises of this book. A dystopian society where everybody seems happy but is watched with a magnifier by a leader. People who are unjustly rejected and erased from society just because they may think different or have certain abilities that could pose a danger to the leader.

From the few details we got, the story is set in the future. There is some technology unknown to us but not extremely developed, so it could be just near future. Somehow society has evolved just oposite as it should. Women’s aspirations are getting married and having children, and this really shows in Rebecca, the main character. I sympathized with her, but only to a certain point. The damsel in distress attitude, and her obsession with boys was just too much for me. I understand that she was only sixteen, but her mantle of victimhood and the need for a knight to save her was just the opposite to anything I want to see in any girl. Fortunately Rebecca evolves during her stay in the Pit, and towards the end of the book she becomes a different person.

The story is focused in Rebecca, her feelings, and the little group of friends she met. I missed more descriptions about the world in general and the Pit in particular. If the machine did not only send criminals to the Pit, but different people in general, why was this place so dangerous? It is true that there were no rules of respect from the guards towards the prisoners, but among all the people there, there should have been more good people than the ones Rebecca met. I got especially angry at the ordeal she had to pass to gain acceptance to the group, and I would have stayed away of toxic people who would ask me the impossible just to avoid accepting me. There were very few background characters, and from the story and descriptions it was difficult to have a real idea about the Pit and the people inside. I am sure there would have been many different groups, but this was just not in the book, which is a pity, because it would have contributed to make the story richer.

The book ends on a massive cliffhanger, but as it is just the first book in a series, this is something we are getting used to.

Stacey Glemboski’s narration was absolutely amazing. She delivered different voices for all the characters, and transmitted Rebecca’s emotions in a such a powerful way that took away my breath several times. Her voice is clear and helped to improve the final product. The audio production was perfect.

I enjoyed the story, and the way that Rebecca felt close, even though our personalities are very different. I think this book would work on young audiences and anyone with special interest in dystopian novels.