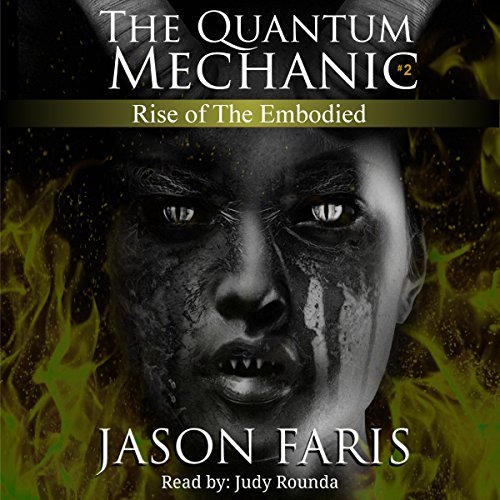 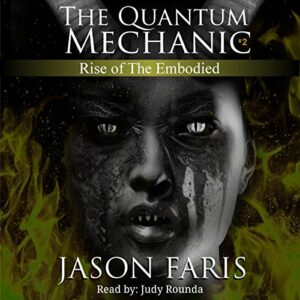 They're not machines, humans, demons, or monsters... and yet The Embodied are all these things and more. Spawned in the darkest shadows of the Singularity, they've set their sites on immortality and the total subjugation of all mankind. Their power was unmatched by men, militaries, or nations, and they had control of the most powerful weapon in history - the Starlance orbital rail gun. America and the rest of the world found themselves at their mercy. Total annihilation was on its way and the fate of humanity seemed inevitable.

Then they faced the Quantum Man.

Broken, humiliated, and suffering the loss of a leader they once thought of as a god, The Embodied disappeared. But now their back, they've changed, and they've been busy. No longer constrained by the limits of biotechnology, they have transcended to a state where their construction, and their rage... are beyond human comprehension. Flesh has become their stock and trade, and they will unleash upon the earth an army of abominations unlike anything ever seen. Wars will rage and the course of history will be forever altered as they pursue their unrelenting mission to create hell on earth.

But before they do, they intend to kill the Quantum Man and everyone he loves...

Something happened to the Embodied. They disappeared for some time, but reappeared again in a new and more powerful form and slaughtered their masters. The Quantum Man, Jessica, and a whole team will be trained to fight back.

I was looking forward to this book after having listened to the first one. There is again a lot of technical babble that made sense sometimes, and lots of action, but there was something missing for me. It is clear that this is a transition book in the series and, although it makes the story move forward, there is not a lot of importance happening in it. Both sides try to get ready for battle, they get better, tougher, and with improved systems.

The book seemed a long winded, like the first one. At points there was not much going on, and some of the things were confusing. I think the idea behind is a great one, but for me it somehow fails it its execution.

There is also the matter about Jacob and what happened to him in the Middle East. This is still a mystery, but somehow it is something of importance. I don’t know if this will be revealed at some point or just left as a mystical point that we have to believe. There is a lot of religious stuff, and chapters begin again with biblical quotes. As I have said, I don’t like mixing religion with sci-fi, and I can only see this going two ways: either as something subtle that we must have faith on, or something fanatically crazy that will make me roll my eyes.

Something that bothers me from this series is that I couldn’t for the life of me connect to any of the characters. Jessica is still the main character here, but just can’t connect to her. Her actions and way of speaking much of the time don’t really make sense. There is a lot of swearing, which I don’t mind, but it really sounds weird coming from a 12-year old. The rest of characters are one-dimensional, and I don’t care much for them.

Judy Rounda’s narration was good, and her character’s interpretations were powerful. She has a great ability to make her voice sound really different depending on the character, but somehow Jessica and Tammy sounded exactly the same to me, which made the story confusing, and therefore I had to pay extra attention. I have the impression that Rounda used more sound effects than in the first book, and I found it very distracting this time. I am not only talking about background sounds, which I found completely unnecessary, but also distorted voices, which were often confusing to the ear.

It was an okay listen. I am curious about where the story will go from here, but I am not sure the end of the series will be for me or not.