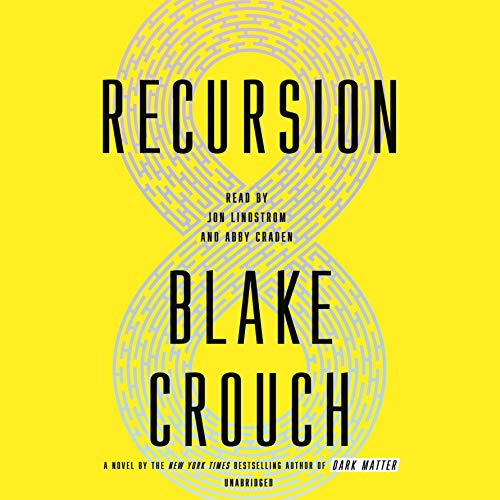 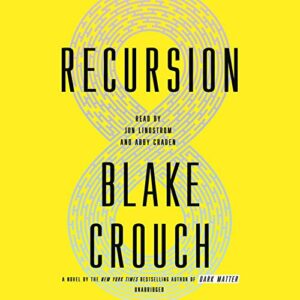 Memory makes reality.
That's what NYC cop Barry Sutton is learning, as he investigates the devastating phenomenon the media has dubbed False Memory Syndrome—a mysterious affliction that drives its victims mad with memories of a life they never lived.
That's what neuroscientist Helena Smith believes. It's why she's dedicated her life to creating a technology that will let us preserve our most precious memories. If she succeeds, anyone will be able to re-experience a first kiss, the birth of a child, the final moment with a dying parent.
As Barry searches for the truth, he comes face to face with an opponent more terrifying than any disease—a force that attacks not just our minds, but the very fabric of the past. And as its effects begin to unmake the world as we know it, only he and Helena, working together, will stand a chance at defeating it.
But how can they make a stand when reality itself is shifting and crumbling all around them?
At once a relentless pageturner and an intricate science-fiction puzzlebox about time, identity, and memory, Recursion is a thriller as only Blake Crouch could imagine it—and his most ambitious, mind-boggling, irresistible work to date.

I don’t know why but this is the second book by Blake Crouch that I read and, like with Dark Matter, I was looking forward to it, but again, the story did not resonate with me. The premises were great, and I believe it is a story that would normally grab my attention, but there is something about Crouch’s writing that leaves me indifferent. For once, I think Crouch always tries too hard to justify the “science” in his books when it is all just mambo jambo. I get that people may enjoy this in a technothriller, but all these “scientific” explanations simply break my willing suspension of disbelief.

The first part of the book alternates two main storylines. On one hand, Barry’s investigation of cases regarding false memory syndrome, and on the other, Helena’s work in neurology several years earlier. I tend to like this kind of structure, as makes a book more dynamic, chapters tend to end on cliffhangers, and I always look forward to the point where both stories meet. I know this might not be the cup of tea for some, but it is something that keeps my brain engaged and guessing at what may come next.

I also have a hard time relating to the characters. Even though we also have an important female character, Blake Crouch’s stories are centered around middle-aged men with lives very different from mine, which makes it difficult for me to identify with them. The recursion does not help, as storylines change several times and we just get the last part of each iteration, so we never see the characters grow into what they are at that specific moment.

Also, while the recursion should have been one of the best things in this book, it became terribly boring, and after several iterations, I just wanted to get it over with, I didn’t care whether the characters live or died or if it was the end of the world. I found parts that were terribly long-winded and others that should have been more written more in-depth. I think the bad guy could have been such an interesting character but he was underdeveloped. I had trouble understanding his motivations, which led to a general loss of interest and too much Deus ex machina. I know I said the same about Dark Matter, so I guess I should stay away from Blake Crouch’s books even though the subject is one that interests me. Well, his books have, in general, great reviews, so this must be an “it’s not you, it’s me” case.