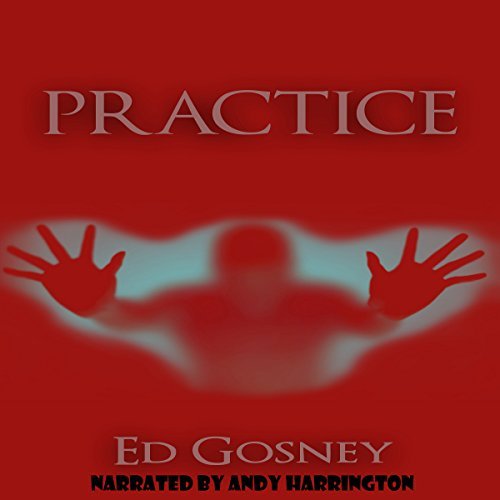 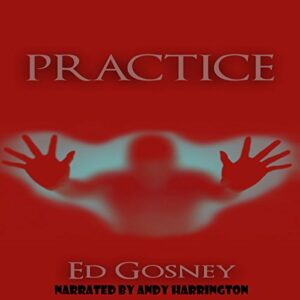 Kendrick Nelson is living in a nightmare world in which he suspects his wife has been having an affair, but when he crosses paths with a disturbing clown at the opening of a new convenient mart, he learns that there are far worse things than a cheating wife.

My original Practice audiobook review and many others can be found at Audiobook Reviewer.

Kendrick is convinced that his wife is having an affaire. Haunted by these thoughts, he will meet a disturbing clown who doesn’t seem to let go of Kendrick.

This is a very quick and entertaining listen, just short of one hour. From the beginning I got trapped in the story, intrigued by this clown, the strange coincidences and Kendrick’s aversion to clowns in general.

The horror in this book starts as something psychological, to transform later on into something more tangible and horrible. Gosney knew how to build up the tension and deliver a tale that would disturb everyone.

With a short story like this one, there is not a lot of character development, but somehow I was able to connect to Kendrick and feel the horror he felt.

There was something I didn’t like from Kendrick. He complained that his wife was not at home to prepare him dinner, so he just tossed some hotdogs into a pot. I find it almost anachronic that we still have to read about these things in books that are recently published.

Andy Harrington’s narration was excellent. His tone was compelling and he delivered different voices for all the characters, along with great interpretations. His interpretation of the clown was one of creepiest I have ever listened to.

This was a great listen, different from what we are normally used to. As it is quite a short book, I think it’s ideal for those idle moments we all have from time to time.