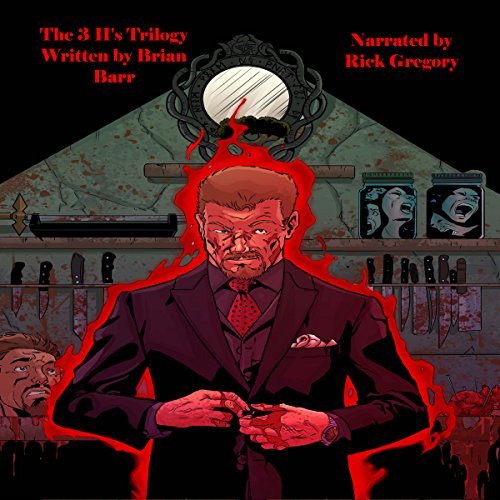 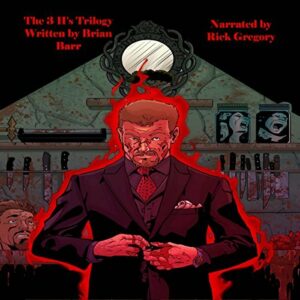 Here it is - The 3 H's Trilogy, now available in a complete collection that is a weird mix of cosmic horror, weird fiction, comedic bizarro, and dark romance!

The 3 H's Trilogy begins with the story of a woman who falls in love with a decapitated head. From there, the story only gets weirder and darker, and is unlike any other tale ever written. Edited by Jeff O'Brien, who also provided an introduction for this collection. The amazing cover art and interior art was done by the talented artists, Sullivan Suad and Zilson Costa!

While working on her deceased mother’s garden, Elizabeth finds a man’s severed head. When she was about to call 911 ‘the Head’ starts talking to her and convinces her to not call the cops and take him inside. Elizabeth falls in love with ‘the Head’, and she sets her mind to find his body.

This is short story, just over forty five minutes long. It is a weird one, with a disturbing and creepy element of surprise. I found the premises quite original, and the execution was great, impregnating the tale of weirdness from every perspective. With such a strange story you expect something horrific to happen at some point, but this time it was much more than I expected. The images that this story evoked were crude, horrific and out of a nightmare.

While I think the premises and the final effect were greatly done, I am not completely convinced about the stuff in between. Elizabeth falls inexplicably in love with ‘the Head’. True that Bill is charming with uncanny blue eyes, but he is just a severed head. I wonder about Elizabeth’s background to be able to fall in love with a severed head. I think it would have been interesting to explore this too, as I am sure there is a reason for every dysfunctional relationship, and Elizabeth’s story would have added another dimension to the book.

I was impressed with this book, able to provoke strong reactions and with an original story. I think any horror fan would enjoy it, especially if they are into weird elements.

Alex, Bill’s sister seeks help to escape her family’s cult, ands find David Paine, already retired due to schizophrenia and other issues. He still talks with his deceased wife, who passed away thirty years before due to a cult. Alex will try to convince Bill and get her something from her house.

I like the ‘The Head’, but I think this one is even better. I found the characters better depicted, and their actions match our expectations regarding their personalities. This book is a bit longer than the previous one, just over an hour and a half. The horror here is a bit more psychological and subtle, and in general it is a more polished piece of work. We get some explanations about the house and the family inhabiting it, and I guess we will get the whole picture with the next book.

This is the third and final installment of the 3 H’s by Brian Barr. We finally know the past of the House in Lexington, and the origin of the family living there. On this occasion Suzie and Mac, two ghost hunters are contacted by a client to investigate and exorcise the house. Things will not be easy for the ghost hunters.

The first book in the series was the most trivial one, the second was gruesome, and this one was terrifying. It was interesting to know the origin of the house and the family, and find an explanation for strange phenomena occurring there. I found it entertaining and I enjoyed the two ghost hunters and the dangers they met. There are numerous flashbacks in this one, and I needed to pay special attention to avoid getting lost and recognize when the action was occurring.

I like when the narration flows and does not interfere with the story. Rick Gregory did a very good job, accentuating the characters’ emotions and transmitting their feelings at all moments. Gregory also made clear distinctions between characters’ voices without overdoing, which is something that I appreciate. There were a couple of time when I felt a longer than usual pause between a dialog and the tag just afterwards, but this is just a question of rhythm, and it was very very subtle. The audio production was correct, but there were a couple of noticeable audio edits. It was in general an enjoyable narration.