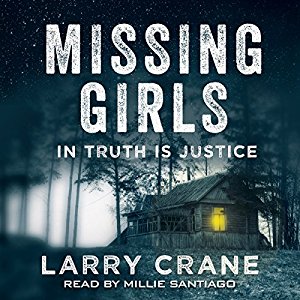 Marcella and Gavin’s youngest daughter Hannah is missing. The couple try to go on with their lives but this sudden incident just brings up many couple issues they previously had, amplifying them. They decide to move to another place hoping for a fresh start, but one of their new neighbors tells them the story of a girl who was kidnaped and murdered, which awakens many mixed feelings in Marcella, who is convinced that both cases could be related.

The premises of this book were quite interesting, but it was poorly executed. The story was lost amidst too many meaningless details, which made the pace slow. There are many changes of POV, but apart from this it also switches often from first to third person, making it quite confusing and difficult to follow at times. The conversations felt a bit forced, and I had issues connecting to the characters.

There was a supernatural factor that did not fit in the story in my opinion. That and Marcella saying that ‘Things happen for a reason’ were things that did not motivate me to keep listening.

Millie Santiago’s narration was okay transmitting the character’s emotions, but she did not differentiate much between voices, so the issue I had with changing POV, and first and third person was accentuated.

I felt  bit disappointed by the book in general. I expected a powerful story, but that was lost amongst many meaningless details and a poor execution.