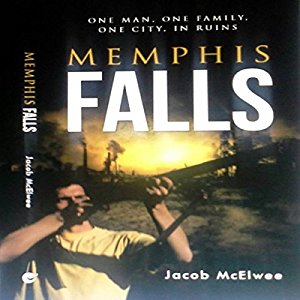 I was offered the audiobook version in exchange for an honest review.

Roy O’Connor moves into his parent’s house in Memphis with his wife and two children after having an affair and being fired at work. Things seem to be improving until a series of earthquakes attack Memphis.

I really wanted to like this book, the story was compelling, and the characters were well presented, but I desisted when I found out that the story lead nowhere. I expect an evolution in the characters, something to keep after reading it, but it just built up to nothing. The earthquakes created chaos and allowed the worst in everybody to show up. I know the dangers of the mob, but I always hate when stories try to show the dark side of people after such events. I am aware of the dangers of the mob and the possession of arms, but I find necessary to have a ray of hope in the middle of all devastation. I was not searching for a happy ending, don’t get me wrong, I just wanted to be able to get something that was not completely despair. I waited for a new twist that never arrived.