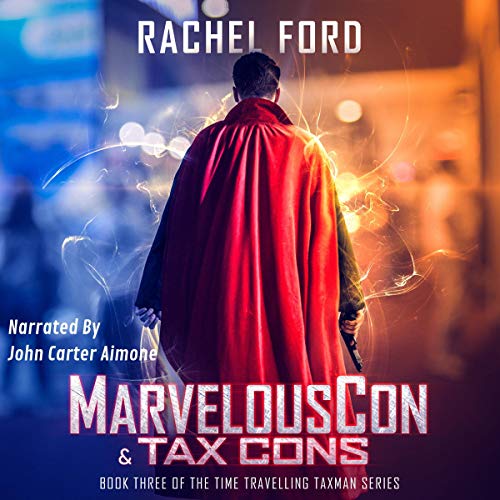 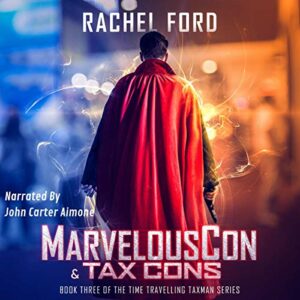 A routine tax audit. A panicked phone call. A senseless tragedy.
He could have avoided it all. But Alfred Favero, Senior Analyst with the IRS, didn’t. To save the woman he loves, he must rewind time itself to learn the secrets that will claim her life.
But fate isn’t done with him yet. To get to the truth, he must go undercover to a comic book convention. In costume, no less.
The stakes couldn’t be higher. But Alfred is determined that his most challenging case yet will not be his last – because he’ll be darned if he’s going to die wearing pointy ears and face paint…

Alfred Favero is an analyst at the IRS. Methodical, and essentially boring, he has the mission of saving her girlfriend Nancy, who has been murdered for investigating some charity fraud. But Alfred, boring and practical, has a secret device that allows him to travel in time. Can he travel to the past and save Nancy, while also finding out who the killer is and why do they want her dead?

This was an interesting premise, and the execution was quite good, making this book a fun and light read. I laughed at some of the characters’ interactions, and at how Nancy’s ex saved the day more than once. Even though the risk was high, I didn’t feel the urgency, as Alfred was able to travel back in time and fix things.

I found the pair peculiar. Alfred is into movies about UFO’s, and Nancy prefers comics. She even convinces him to dress up to go to a Comic Convention, but none of them enjoys the other’s hobby, and Alfred spends a good part of the book complaining and moping around about having gone to the convention and dressing up for Nancy. I found his attitude quite childish, and being Nancy, I honestly would have gone alone. But if this had happened, there would not have been a story, to begin with. I know Alfred is pictured as an antihero on purpose, and I think this could have made him more relatable, but was just not able to like him enough to care for him.

I have to say that this is book three of a series, but I have not read the first two books. There were some mentions to the stories in them, but this book can be perfectly read as a standalone, as it contains a complete story arc, and the characters are very complex.

John Carter Aimone did a good job bringing Alfred to life and make him sound like the wussy he was. I appreciated the subtle differences among characters which made dialogs easy to follow. The only thing that I had troubles with were pauses between paragraphs. I found them somehow too long, which made the narration a bit slow.

I enjoyed this audiobook, it was a fun and light read, and I found it entertaining despite the issues mentioned, and that it felt a bit long-winded, especially towards the end.