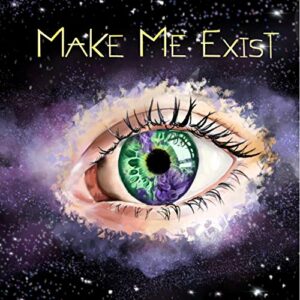 Valerie, a single mom, isn't who she thinks she is. She isn't even human. Hunted by an alien race, can she discover the truth before it's too late?Valerie Carling's life is quite normal for a divorced, single mother. She misses her ex-husband, but her world now revolves around her young daughter. That is, until a band of strangers show up and turn everything upside down.
It's Charlotte's sixth birthday, and she's loving it. Presents, games, and cake! For Valerie, it's not that simple. Being with her ex and his new wife is always a strain, but not as hard as finding out that you're not who you think you are.
When a group of strangers unexpectedly shows up at the party, suddenly Valerie's whole life feels like a lie. Why do they look so familiar? Why do they act like they know her? Stranger yet, why do they have the same startling green eyes as Charlotte?
Catapulted into a world she doesn't remember, Valerie needs to trust these strangers to help save her daughter and herself from a terrible fate. She and Charlotte are pure-bloods, the only chance for an alien race on the brink of extinction.
On the run and hunted like animals, her enemies will not rest until they have them in their clutches. But as her memories return, can Valerie tap into the powers she didn't even know she possessed and save their lives?
Make Me Exist is a heart-pounding sci-fi adventure that will keep you riveted to your seat in a journey of mind twisting awakenings.

Valerie is a thirty-year-old divorced mother that has forgotten everything about her past life, until some strange people make an appearance at her little girl’s birthday party.

I loved the title of this book, and I wanted to like it so much, but it wasn’t for me for several reasons. First, it was presented as a science-fiction novel, but the book felt more like fantasy. Using some made-up words to give it a sci-fi feel was just not enough and it didn’t help to make it believable. Aliens flying to show up their powers didn’t help to take the story seriously either.

The characters are one-dimensional and almost caricaturesque, and this was one of the main things why this book didn’t work for me. I wasn’t able to relate to Valerie or any of the other characters. In fact, I wasn’t even able to distinguish between some of them due to a lack of background information and descriptions. To be able to enjoy a book I need, at least, well fleshed out characters, but this was not the case, and I couldn’t get invested in the story. As the book is written in first person from Valerie’s point of view, Ziegler made Valerie to inspect her image on a mirror to get a description for the reader. This clumsy technique is often used in books by novel authors written in first person. It’s just not very good writing,

Even though the main character is thirty and has a six-year-old child, this book reads like a YA novel. Valerie behaves and talks more like a teenager, which made the whole story just not believable. If Valerie were a 17-year-old girl, this book would have worked for YA, but as it is, I don’t see it working for this type of public nor for thirty-something women with or without children.

There is some romance in it, as it corresponds to almost every YA novel. It was also not my cup of tea but I didn’t expect this book to feel so much like YA to begin with. I see this is Brittany Ziegler’s first book, so it’s just normal that

Claire Glover’s narration was okay, with a pleasant voice to the ear, but it just sounded too forced, like a bad actor in a play. It was also like she was trying too hard to enunciate words, and dialogs sounded too cheerful at times, making them sound artificial. All this was more patent at the beginning of the book, and it gets progressively better as the story unfolds. I’ve just checked Glover’s books on Audible, and it seems this is only her third audiobook, so this explains it. I’m sure she will get much better over time. The audio production was correct.