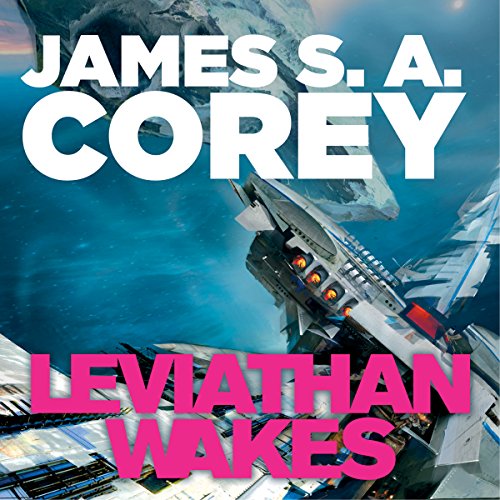 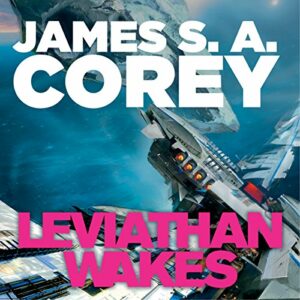 Humanity has colonized the solar system—Mars, the Moon, the Asteroid Belt and beyond—but the stars are still out of our reach.
Jim Holden is XO of an ice miner making runs from the rings of Saturn to the mining stations of the Belt. When he and his crew stumble upon a derelict ship, the Scopuli, they find themselves in possession of a secret they never wanted. A secret that someone is willing to kill for—and kill on a scale unfathomable to Jim and his crew. War is brewing in the system unless he can find out who left the ship and why.
Detective Miller is looking for a girl. One girl in a system of billions, but her parents have money and money talks. When the trail leads him to the Scopuli and rebel sympathizer Holden, he realizes that this girl may be the key to everything.
Holden and Miller must thread the needle between the Earth government, the Outer Planet revolutionaries, and secretive corporations—and the odds are against them. But out in the Belt, the rules are different, and one small ship can change the fate of the universe.

I think I am not choosing my books very well lately. I saw the eighth book of this series as one of the best in 2019, so I grabbed the first one decided to have a good time. At first, I was not sure whether it was the book, the narrator, or me. I pushed through for five days but I have finally given up about a third into the book. The premises were interesting. It is true that there was a lot of political stuff related to their society and dynamics in the solar system, but I am usually interested in those aspects. I think the characters felt just too bland, with a total lack of development, and I did not care for any of them. Several of them die at one point or another, and I just felt nothing. The rhythm felt painfully slow, and Julie’s mystery did not grip me either. It was like reading about something I was not remotely interested in.

Jefferson Mays’ narration did not help. It was mostly correct but there was zero characterization. Every character sounded the same, no matter whether male or female. It was kind of hard to follow conversations, and it was a strain, especially because the characters were not very well defined, and they all spoke more or less in the same way.

In my guess that it could have been me, I have started another audiobook today, and I am almost positive that it was the audiobook’s fault, but I might try again one day. Not this time though, it felt like a chore, and at some point, I decided that it was just not worth my time. I understand that many people may enjoy this book, I am just not one of them, or maybe my standards are too high.