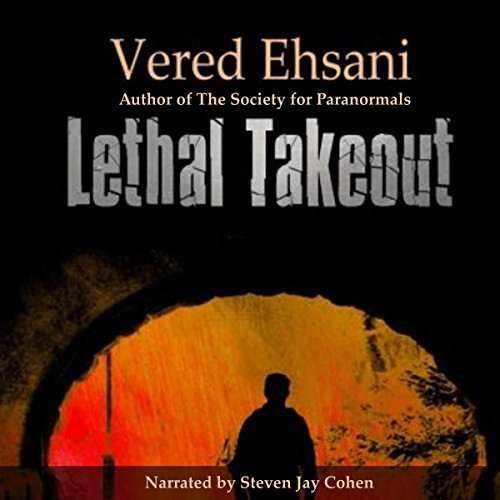 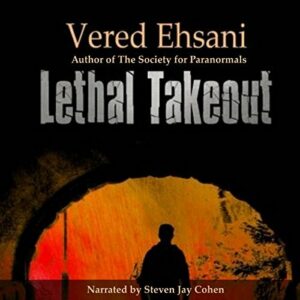 When Axe Cooper is murdered while picking up Chinese takeout, he’s pretty irritated about the loss of a good dinner, not to mention being dead. Not prepared to move on just yet, Axe decides to stick around and haunt his best friend Lily Chan while trying to figure out why anyone would kill a janitor. In the meantime, Axe is hired by The Ghost Post to track down recently deceased writers.

As he learns more about his new phantom friends, Axe realises that his murder is not an isolated event and that if he doesn’t learn to fly like Superman, Lily could be next.

Axe Cooper is murdered just after picking up Chinese takeout for him and his friend Lee. He receives the visit of two angels to take him with them but it seems he can’t still go. Axe needs to solve his murder, and in the way, he will also need to solve other murders.

This was a fun and quick listen. The main character in this story is Axe Cooper, a Janitor, also ex-engineer, who is murdered, and the first thing he thinks is that Lee is going to be annoyed by not having dinner. He has a peculiar view of life, and this is translated into the text in various funny and quirky situations. His friend Lee is a no-nonsense person, also janitor, with the ability to see ghosts.

I found the book fast paced and very dynamic. There are multiple side characters making the story rich and entertaining, and although the we don’t know much about how things work, it’s just fine, since Axe doesn’t either, and we discover everything along with him.

I have a small complaint about the book, and it’s the ending. I felt it rushed and not very clear. I expected them to get some proofs about the murderers, and maybe a bit more explicit. It seems there was a great buildup that finally didn’t amount to much.

Steven Jay Cohen’s narration was exquisite. I especially enjoyed how he was able to transmit the characters’ emotions and become Axe in this story. It is also amazing the fact that all characters, and they aren’t a few, were perfectly recognizable with their unique voice and style. The audio production was spotless.

I thoroughly enjoyed this audiobook, and I am looking forward to future installments, where we can know more about Axe and Lee.