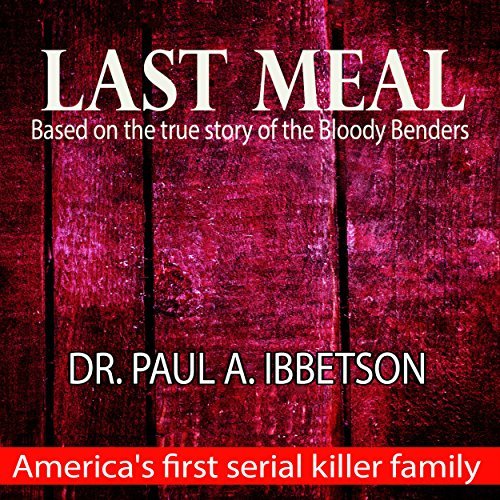 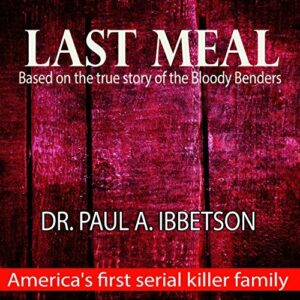 In 1873 the largest serial killing spree in American history happened along the Osage Trail in Kansas. The family would later be identified as the Bloody Benders. Unlike most criminals of their time, they escaped and were never caught. This true history is now captured in a gripping fictional tale that takes the horror of murder on the plains to a dark new level.

This is the second book I read about this topic this year, and I find it rather curious, since I didn’t know about this piece of American History before. the Bloody Benders were a supposed family living close to the Osage Trail in Kansas, where they set up a small shop and inn, and offered food to travelers passing by just to kill them and steal their possessions. What makes the Benders so special is the amount of people they killed (and buried on their property) and that they were never caught.

I really enjoyed the version of the Bloody Bender’s story, and it’s clear that Ibbetson know his history. The book is well written, and he put special attention to details and gave the characters the personality needed in order to not only tell a piece of American History but also entertain the reader.

As the Benders were never caught, and many parts of the story are conjectures, many gaps had to be filled in. It is believed that Kate was the brain behind the whole operation, and in this case Ibbetson added a demoniac presence that led Kate on her pursues. Ibbetson also tried to explain why some of the kills were different, and why some could have gone wrong and make the neighbors suspicious. I really enjoyed the story but the demoniac inspiration was the part that I had more issues to buy.

What I had some issues with was the narration. Molly King sounded a bit insecure narrating the story, and the audible breaths and mouth noises were a bit annoying. For the rest, the characters’ interpretations were quite good, although some male voices did not sound very convincing.

I enjoyed the book, and I would recommend it to anyone curious about American History, and specially this lesser-known chapter in it.