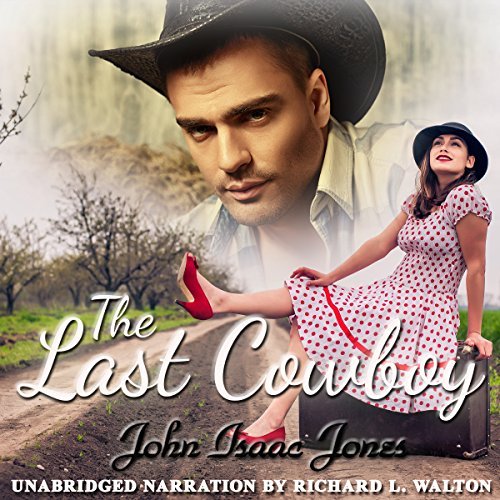 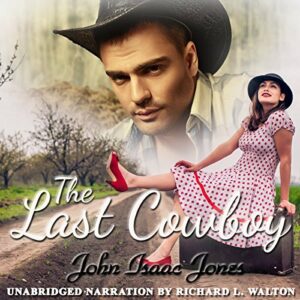 When the Lazy B Ranch is sold as a victim of the computer age, it seems that J.L. Crockett’s way of life as a cowboy in the United States is finished. So he decides to pack up and move to Argentina, where ranches are still run by human beings. As J.L. begins a cross-country journey to Miami so he can board the ship to South America, he meets Karina, another soul chasing after an elusive dream. The two join together in a wild and crazy trip where they encounter evangelists, con artists, thieves, ghosts and drug lords as they bond together over hardship along the way. Will J.L., with Karina, make it to his next destination or will he really be The Last Cowboy?

J.L. Crocket decides to emigrate to Argentina when the ranch where he worked substitutes human cowboys for technology and engineers. In his trip he meets Karina, an independent woman that will change his life.

I don’t usually read romances, but I took the plunge with this one just to read something different. I found the story entertaining and it engaged me until the end.

First of all I want to mention that the first part of the book left me a bit confused. Jones switches several times between first and third person, something unusual and that can lead to confusion. I would have avoided this, and kept first or third person consistent throughout the book. There were some sentences that made me cringe, like ‘In the distance they could see a train disappearing in the distance’. I think the book would have benefited from an editor.

J.L. is a cowboy who believes in karma, something poetic and beautiful, that I won’t discuss here. That’s fine. What bothered me and made me roll my eyes several times is how good and perfect J.L. was almost at all times (I found his littering habit simply rude and disgusting). His attitude and the fact that in a restaurant full of people, he is the only one who knows about the Heimlich maneuver is just ludicrous.

The romance and conversations seemed forced to me, but that could be because I am not really into romance books, and I am used to a different kind of content.

I was a bit annoyed a affirmations about gender differences and how girls and boys need to be educated differently, mentioning that a girl needs to be educated to be a lady. Due to this kind of things, sometimes I forgot I was reading a book set in our time, and thought it was a novel set in the 50’s.

The narration was okay, but Richard L. Walton is not very good with voices. All the characters sounded the same, male and female. I am curious about why this narrator was selected, since he sounds like an old man, and J.L. is in his thirties for the most part of the book. I don’t think this was a good match. About the audio production, there is some background noise around 3:05:04 that I found distracting.

I would recommend this book to conservative people that are into romance.