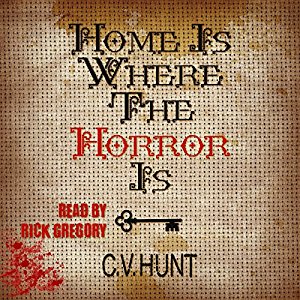 The beautiful thing about life is that it isn’t perfect.

Evan Lansing manages to eke out a living as a photographer, capturing the beauty of severely marred and deformed people. He’s content with his meager existence but his longtime girlfriend, Naomi, is looking for more out of life . . . things that cost money—marriage and children. Evan’s options are limited when he and Naomi resolve to split. He can stay with his brother and his brother’s insufferable wife and daughter or he can move into his deceased mother’s remote cabin and renovate it. The solitude of the cabin is an enticing alternative for Evan to start anew. But disturbing things begin to happen once Evan moves in and it leaves him to question if staying with his brother wasn’t the better option. And then there are the neighbors . . .

Evan Lansing tries to make a living out of a special kind of photography. He likes to take pictures of deformed and scarred bodies. Her wife Naomi has her mind on completely different things. She wants a stable life, children, and commitments. As Evan is not able to give her what she needs, Naomi leaves him for another man. Between living with his brother and his terrible family, and living at her mother’s old house, Evan choses the latter. But he will not be prepared for his new neighbors and the strange things that happen on the area.

I became soon interested in this story. In my youth I studied photography, among other things, and I remember seeing a book or two about photographers with this same obsession. I think it made for an interesting and original character.

The first part of the book is a bit slow but I enjoyed how it was written. There is something off with whole the rhythm of the story though. There is no real terror until almost the end of the book, around forty five minutes towards the end. There are weird events and unpleasant things, but not horror. I enjoyed the build up, but the outcome was so rushed that I did not have time to ‘feel’ it. I was expecting most of the time for something to happen, and then I realized there was just one hour to finish the book; something quick happened, and then The End.

The horror in this book is mostly psychological, similar to the one created by pure anxiety, which is what prevents Evan from taking real measures and leaving the house. There is gore at the end, but as I have said, it feels rushed.

Evan has a brief relationship with a girl, and curiously, they have great sex. I always find it kind of surreal when couples in books have sex for the first time and everything goes like clockwork, and they even have three or four intercourses in one day. Am I from a different planet?

Rick Gregory’s narrations is one of those that give you a seamless experience, not disturbing the story in any way. It is clear, voices are distinct enough but not overdone, and he makes you forget that you are listening to an audibook. The audio production is also spotless. The only issue that I noticed were a couple of unexpected pauses on the narration. It could have been pauses for effect, but anyway they did not feel completely natural to me.

All in all, I enjoyed the story, but I think it would have benefited from a more prolonged horror at the end.