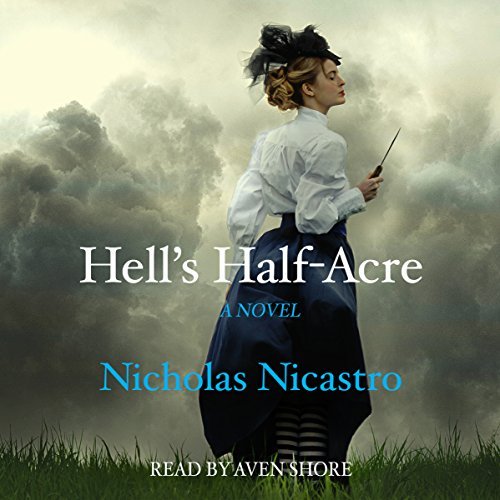 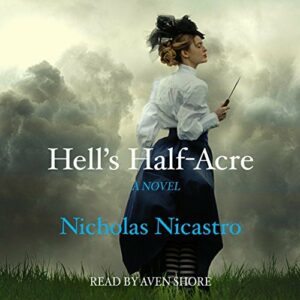 Welcome to the bloody end of bleeding Kansas…

Based on true events, this unforgettable novel tells the story of the Bloody Benders, a family of grifters and thieves running an isolated feed store on the Kansas plains, boarding travelers along the Great Osage Trail.

Beautiful Kate Bender was mysterious and well-versed in the dark arts; Ma and Pa were quiet and foreboding, speaking in guttural tones; and young John Bender was thought to be insane. On land soaked with the blood of conflict, the Benders made their home. And one by one, prairie travelers began to disappear…

Rooted in history, this is a vivid tale of the Benders’ origins, and how they became some of the most horrific figures in early post-Civil War America. This gruesome Western thriller is perfect for lovers of Sweeney Todd, and fans of John Harwood and Sarah Raynes.

This is the story of the Bloody Benders, a family of serial killers who lived in Kansas between 1971 and 1973. I confess that I didn’t know about their existence before listening to this book, and I am surprised that they did not become more famous. They ran a small store and hosted guests that passed through, killing them and burying them around their property.

Novelization of historical events implies several things: Historical accuracy, attention to details, enrichment of the language, character development, and enough imagination for filling the gaps. Nicastro has excelled in the first three aspects. He has taken the official version of the events and has written a story full of details, using a beautiful and elaborate language. But a novel requires a bit more than that. I really missed some more character development, especially regarding Kate, the supposed daughter of the family and the main character that we follow from beginning to end. The Bender’s motivations to kill the travelers are not clear or specified; it could have been pure greed, the joy for killing, or a mix of both. I would have just liked for Nicastro to explore this further. And this is the ‘filling the gaps’ that I have mentioned before. Without character development and completing the story to form a novel, this could have just been a biography. I missed more fluid dialogs and seeing into the characters’ psyches. We guess Kate had some issues with these kills, but just because she tries to seek a different way of income. I think exploring her thoughts and intentions would have made this book so much more interesting. I wanted to connect to Kate but I was not able to.

Aven Shore’s narration was mostly correct but a bit monotone. There were interference noises at several points in the audiobook , and some words were mispronounced (‘whore’ sounded like ‘wore’ the first two times it appear in the book, and instead of ‘breast pocket’, Shore said ‘best pocket’). There was music at two points in the audiobook that did not seem necessary. I’m just not a fan of music nor fx in audiobooks.

Despite the minor setbacks, this was an entertaining book that I would recommend to anyone into western stories and with curiosity about historical events.