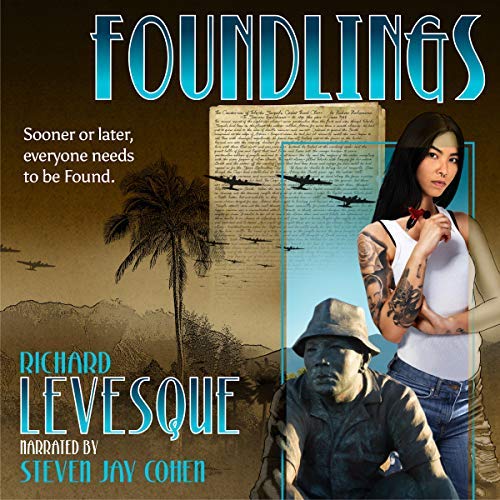 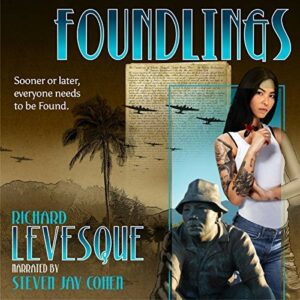 Derek Chandler had it all-the education, the promising future, the beautiful wife-but a tragic accident changed everything and his life now stands in ruins. Haunted by the ghosts of what might have been, Derek tries to lose himself in his new job, but what begins as a minor academic mystery soon unravels, leaving him with the burden of a second truncated life: that of long-vanished science fiction writer, Kichiro Nakamura. Convinced that finding Kichiro is somehow the key to finding his own peace, Derek is drawn into a frantic search of modern and post-war Los Angeles as he tries to reconstruct the shattered kaleidoscope of American and Japanese cultures. And the key to everything just might be the beautiful-and very suspicious-tattoo artist, Yuki Kamikaze.

Kichiro Nakamura was abandoned, when he was just a baby, on the streets of Fish Harbor, on Terminal Island, where an important Japanese community lived for many years. Kichiro is adopted by a family on Fish harbor and he lives a happy life. The only thing that could cause troubles is that Kichiro is not of Japanese origin, and when the attack at Pearl Harbor happens, Kichiro is separated from his family and from what all he knows and loves. Many years later, Derek Chandler, a young college professor just relocated to California, happens to stumble upon an old manuscript written by Kichiro Nakamura. It is a science-fiction story, and longing for a distraction from all his troubles and worries, Chandler starts researching about who this Kichiro Nakamura could have been, since there is no Japanese science-fiction literature in America from the time the manuscript was written. During this investigation, Derek will meet Yuki Kamikazee, a tattoo artist, who could hold some clues to the mystery of Kichiro Nakamura.

Having read other works by Richard Levesque, who usually dwells in the science-fiction and cyberpunk genres, I have to say that this a completely different book. It really took me by surprise, but the story trapped me from the beginning and didn’t let me go till the end. The audiobook is just short of 12 hours, but I have to admit that it just took me two days to listen to it.

There are two main storylines in the book: on one hand, we have Kichiro’s sad story; while on the other hand, Derek and Yuki try to find out who this Kichiro was. The characters are extremely well depicted, and it’s heartbreaking to witness how lives can change in a second. Even though this is not a science-fiction story, it is, in part, a story about science-fiction, and I especially enjoyed Kichiro’s inspiration, and the mentioning of some old sci-fi heroes.

The story has a steady pace. There are a lot of events covered in the book, and it spans several decades, where we see our characters grow and evolve. There is a twist towards the end that I saw coming after two thirds into the book, but that didn’t diminish any impact on the whole story.

I loved Steven Jay Cohen’s narration. One of the things Cohen does best is transmitting the character’s emotions. He brings them to life in a magical way, making me feel I’m listening to dear friends, and these friends are real, they suffer, they smile, they live, and they die. Steven Jay Cohen’s narrations are always very powerful in a way that they trap you into the story, and don’t let you go until all is said and done, and it finally leaves you empty and sad because everything is over.

This was absolutely one of the best books I have listened to lately, and I would recommend it, not only to Richard Leveque’s fans, but also to anyone who would like to read a good and well-written story.

I received this book for free. This does not affect my opinion of the book or the content of my review.