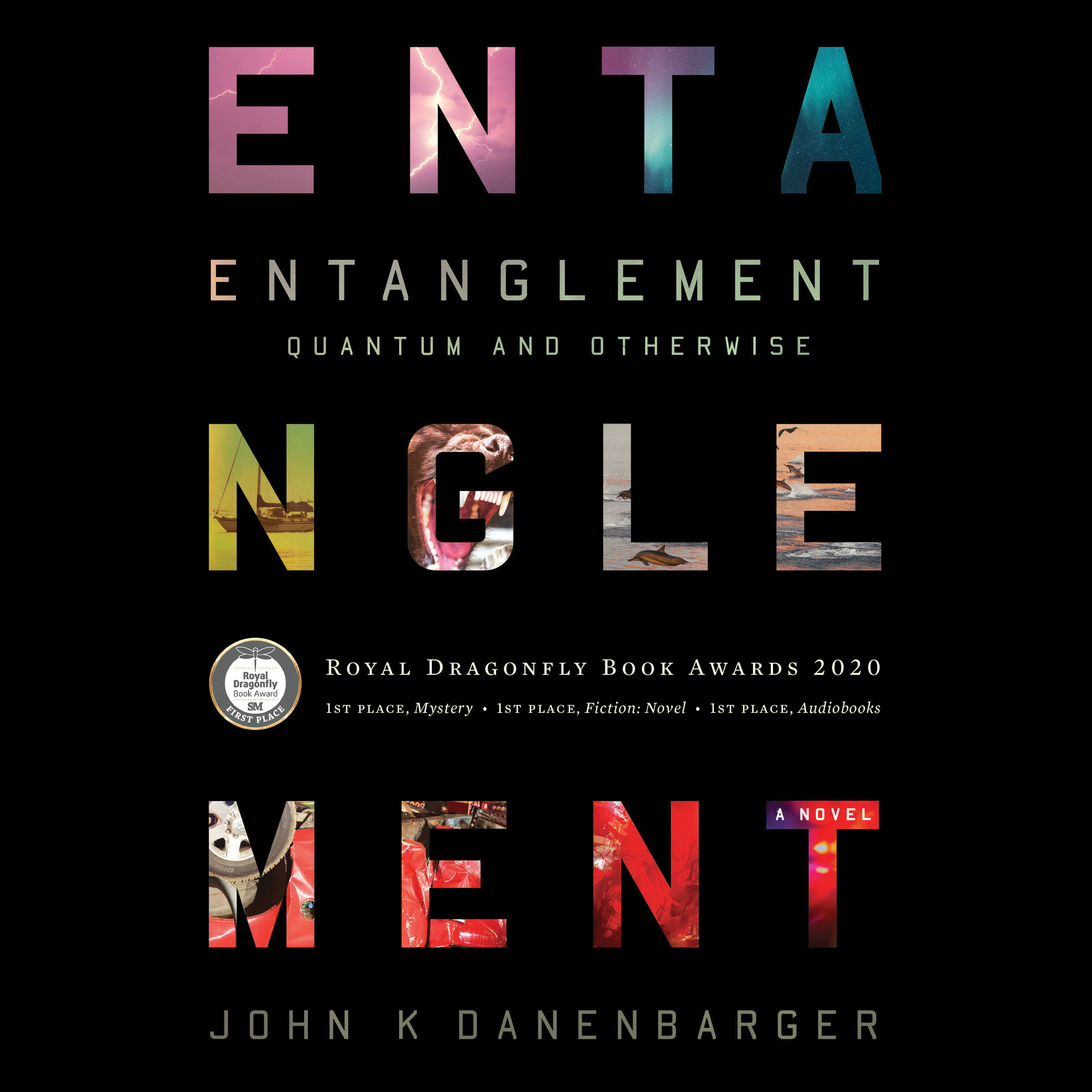 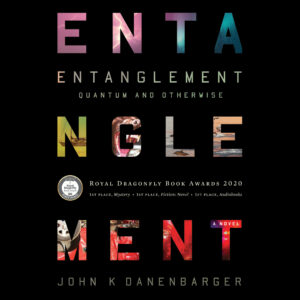 An explosive collision between a pickup truck and a Volvo erases two momentous scientific discoveries. Quantum probability results in complex emotional entanglements. Voices return from the dead. A blood-stained piano becomes an heirloom. Although a picture-perfect family, Beth Sturgess divulges an ignominious past to her loving husband--who has deadly secrets. Mistakes are fatal. With deeply flawed, relatable characters, Entanglement--Quantum and Otherwise is an intricate literary crime story that unravels the generational impact on reality after a loved one's death.

This is the story of a family and the people surrounding it for a couple of generations, how one’s actions affect not only close ones to them but also everyone around, like ripples in the water, and most of the time, like quantum particles.

I confess that I expected a bit more science-fiction in this one, but there is little apart from one of the characters being a physics professor.  This is a book about relationships, about mistakes, and wrong actions, about the complexity of being human, about the imperfections that make us unique. There is not a main character in this book, all of them are important and also not at the same time, even though we get some first person statements from Cricket. I think there is where resides the beauty and complexity of this book. It is not someone’s story, as much as a book about relationships and about how we influence each other’s lives.

But for me, that also was what prevented me from really getting engaged in the story. There were many characters in it, and it was important to keep track of all of them, as they cross each other’s lives several times. There are some murders perpetrated by two of the characters, but the murders themselves are not the most important facts in the book. I missed a relatable main character to which I could have able to connect with. It was like watching a play more in which characters come and go but none stays. I recognize the difficulty of writing such a complex story, with so many interactions at many levels, but it is not something we have not seen in more or less degree in other books. I wanted to care and connect to at least one of the characters but I could not. I also waited for a big reveal that did not really come, and if it did I was not able to recognize it. Everything seemed random and futile, like life itself.

The language was rich and baroque. It was a beautifully written book but I think it would have benefitted from some editing as some parts felt long-winded and the rhetoric was seemingly going nowhere.

David de Vries did a splendid job narrating this book and bringing all characters to life, helping the listener to recognize them by giving each one a different voice and style, also using different accents and grades of expressiveness. I found the music between chapters very appropriate as it enhanced the feeling of watching play and gave the feeling of listening to intermission music.

All in all, I enjoyed this audiobook, and I think it is an interesting concept, but I would have helped if we could have somehow felt the characters closer.