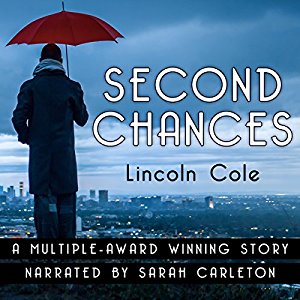 Nichole is caught in a tough position, juggling too many responsibilities as her world falls apart around her. She isn’t sure where she can turn and is facing a lot of harsh realities about how life works.

Richard wants to help, but he discovers that he’s been doing the right things for the wrong reasons for a long time. Everything begins to fall apart as he realizes he's swept problems under the rug for so long he might no longer be able to fix them.

Can they overcome and get a second chance?

I received a free copy of this book in audio format from the author in exchange for an honest review.

A widow, mother of four, starts a fight to get one of her sons accepted in a better school. The problem is that he is black. Shortly after, this woman will disappear without leaving any trace and all responsibilities will fall upon Nichole, the oldest daughter. She just got accepted as an intern at a very important law firm, and she is good what she does, but without her mother she will have to drop from school and start a new job. She does not want to leave her internship because there is something her boss may do for her.

After listening to ‘Ripples through Time‘ and ‘UAV‘ I had great expectations about this book. We meet a family that, by bad luck and conventionalism, does not have an easy life. The struggles they find are real. At the beginning I had the feeling that I was listening to book from an older time, since the racism situation is not something I am used to, at least where I live. But I guess that this could be true in many other places, and it is really unfair that somebody should be judged by their color of their skin.

This is a story about racism, but also about transformation. At first I thought the main subject was going to be the search for Nichole’s mother, but I was wrong. This book is about Richard, her boss, and how unfair situations towards minorities affect him or not. There are three people who trigger this change in Richard, and here is where the book did not fill my expectations. I felt that those three stories were not balanced. Nichole’s part gets a lot of focus, making us think that it will be the main story. Then there are other two characters, Richard’s brother and a homeless boy. I felt the part about the boy too long and dragging. It was like a story inside a story, but since this boy was so suddenly introduced, I did not care much for him nor for his long story.

Richard’s changes were expected but they were so sudden that it felt almost unreal. He changed in question of minutes from being a judgmental jerk to somebody with great empathy and able to go great lengths for others less fortunate than him. It was so perfect that it did not feel realistic.

What really disappointed me was the narration. Sarah Carleton’s narration and interpretation skills need a lot of improvement. For an unknown reason all voices sounded the same except for a secondary character who has not more than five lines. I guess Carleton needed to support the text mentioning the heavy accent of this character, but why then did she not made any difference between the rest of characters, men, women, kids? There was a clear noise floor on the recording, and from time to time there were some mouth noises. Carleton could have also given more air at the end of chapters so that the beginning of the next did not feel so sudden.

I enjoyed the book, but for this kind of style I would rather recommend ‘Ripples through Time‘. Better written and with more charismatic characters.