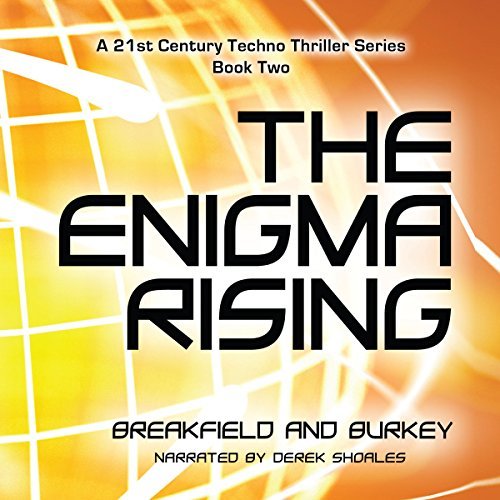 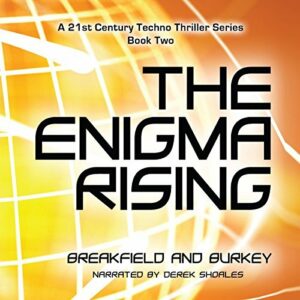 The R-Group is the single most advanced information-gathering organization on the planet, providing services to the intelligence community on a contract basis. Their cutting-edge application of technology keeps their ability to gather, analyze, and use information well ahead of most major governments.

Carlos and Juan are entrepreneurs, although even the most generous observer would question the legality of their business model. The two brothers have discovered a way to covertly access satellite communications. Mostly, they're putting their skills to work relocating drug lords targeted by the authorities, along with their cash, gold, artwork, and other assets, for a modest fee, of course.

When a valued private client hires the R-Group to track down a missing heiress, chance circumstance brings the technology leaders into contact with Carlos and Juan's fly-by-night operation. The two brothers have skills the R-Group can use, so they offer them a chance to go legit. Presuming, of course, the brothers can rein in their contempt for societal rules.

A sequel to Breakfield and Burkey's The Enigma Factor, The Enigma Rising continues their exploration of the high-stakes and high-tech world of information brokering as an engaging thriller of lost and found, loving and growing, and despicable greed.

The authors are working on the third book in the series with plans to bring it to their readers by Summer of 2014. Comments can be sent to the authors at [email protected]

The R-group is hired this time to find the daughter of a powerful man. Petra and Jacob travel to Mexico and there they meet Carlos and Simone, which rapidly becomes Petra’s friend. But Carlos and his brother Juan are mixed in some dangerous stuff.

I really enjoyed the previous book, so I was looking forward to this one. Even though this is the second book in the series, it is not a continuation of the previous book and could be read standalone.  If the previous book was very technology centered, the same does not happen with this one, which is something I missed.

We get to know better Jacob and Petra, but even like that they didn’t feel fully fleshed to me. Petra started a sudden friendship with Simone that felt completely artificial to me. The conversations the girls had did not feel natural at all, so I disliked this part.

It was an entertaining thriller, but for me not at the level of the previous book. It felt slowly paced at some points, and the girls’ conversations were definitely skippable.

This book is narrated by a different narrator than the first book. Derek Shoales does a good job with accents and voices, but the book is so loaded with accents that it becomes a bit tiresome after a while. Not Shoales fault, he did very good a differentiating characters and keep things consistent.

I received a copy of this book in audio format from the producer in exchange for an honest review.