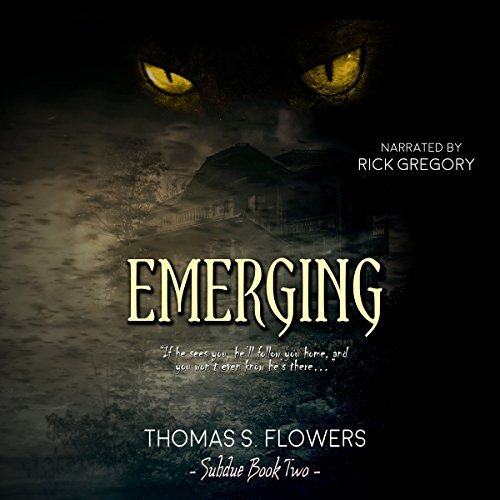 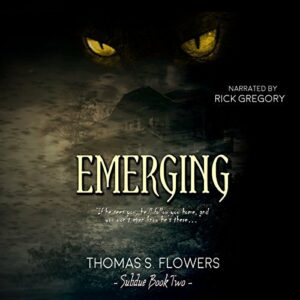 Traumatized by war, friends gather for a reluctant reunion…

A historic house in Jotham, Texas harbors a malevolent force, and as her fear grows, widow Maggie Smith pleads with three lifelong friends to gather in her home. But will their presence combat the darkness…or feed it?

Minister Jake Williams fears Maggie has had a breakdown…

Feeling he has no choice, Jake locates the other intended guest, Bobby Weeks, who agrees to go with him but struggles with keeping his lycanthropic curse hidden.

Jonathan Steele, a wounded veteran battling PTSD, arrives with his disgruntled wife. After drinking too much at dinner, Jonathan insults the homeless Bobby, and Bobby is missing from the house the next morning.

The dark past of Maggie’s home awakens in the present…

Jake, whose faith is in doubt, confides in a local priest while he and Jonathan search for Bobby, and Ricky’s ghost makes another visit to Jonathan, causing him to become fixated on saving Maggie from the evil that surrounds her.

As the danger intensifies, trust is elusive, and betrayal is certain…

Maggie might be lost, Bobby confronts a terrible choice, and Jake and Jonathan fight to save them all—before they become more victims of the horror emerging beneath the deadly house in Jotham.

Second installment of the Subdue series. Maggie’s friends arrive at her place and the mood is not what was expected.

While the previous book dragged a bit for me, I found the pacing in this one a bit better. The characters are well depicted and I found the situations they found more relatable. It was easier to connect to the characters and their internal struggles, even though they were all quite different.

There’s gore but it’s mostly psychological horror, the feeling that there is something wrong but none of the characters are able to put their finger on what. That, coupled with their own issues creates a complex story where it’s sometimes difficult to know what’s true and what’s just in their heads.

Rick Gregory did a fantastic job portraying all the characters and creating the right atmosphere with his narration. There were just a couple of audio edits that I found a bit distracting but it was an enjoyable narration.