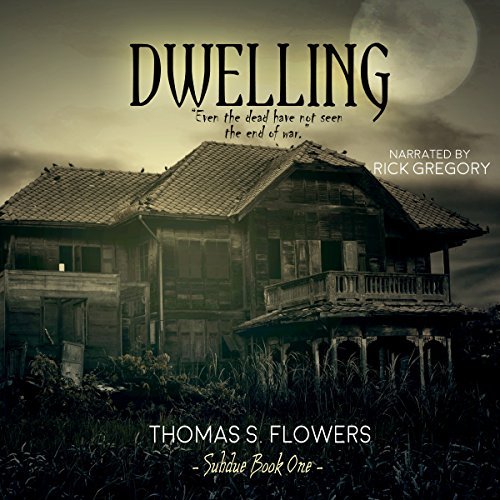 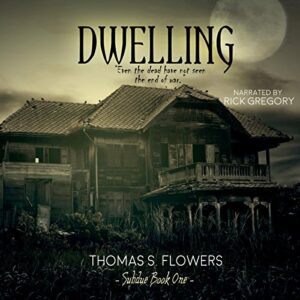 A group of inseparable childhood friends are now adults, physically and psychologically devastated by war… A horrifying creature emerges from a sandstorm just before Ricky Smith dies in battle. Forced to leave base housing, his widow Maggie buys a home on Oak Lee Road in the town of Jotham. Maggie is isolated in the historic house…and disconcerted by strange clicking sounds inside the walls. Jonathan Steele attempts to drink the painful past away… Jonathan was wounded in that fateful battle and now suffers from PTSD. He wants to put the nightmare behind him, but when Ricky’s ghost appears with cryptic warnings about Maggie’s house, he begins to question his sanity. Bobby Weeks is a homeless veteran struggling with a lycanthropic curse… Afraid of bringing harm, Bobby stays far away from those he loves. But after a full moon, a mysterious woman approaches him and reveals a vision about a house with a sinister presence, and he realizes staying away might no longer be an option. Minister Jake Williams lost his faith on the battlefield… While Jake will do anything to reconnect with God, he turns to vices to fill the religious void. But a church elder urges him to take a sabbatical, and a ghost tells him to quit the ministry, and his life is more out of control than ever. When Maggie wakes in a strange subterranean cavern, she can’t deny her home harbors dark secrets. Desperate, she sends letters to her old friends to reunite in Jotham, and events conspire to draw them all to the house…unaware of the danger awaiting them. The friends have already been through hell, but can any of them survive the evil dwelling beneath the House on Oak Lee?

This is the story about how each individual of a group of friends deals with PSTD after fighting in Irak. There are also two girls, married to two of the guys, and we see how all this affects them too. Maggie, Ricky’s widow, purchases an old house that holds old memories, but the house is not what she remembers.

The premises of this book were great, and it is a nice story, but the problem here is that the build up takes forever. There are some cool scenes from the war, but nothing interesting happens almost until the end. I understand that this is just the beginning of a series, but I think you need to give something more to the reader even if it is just the first book.

The characters were interesting and their interactions gave them depth. Their conversations were fluid, and it was easy to relate to them.

Each chapter is narrated from a different POV, which made the story richer, but the lack of events made difficult to keep the attention and interest.

I enjoyed Rick Gregory’s narration, but I would have appreciated more differentiation between characters. As we have changing POV, the story becomes a bit confusing since the male characters sound just the same. I think this is not an easy book to narrate, though, due to how it is written. I would also would have appreciated a bit more emotion in some occasions, the narration sounded a bit monotone.