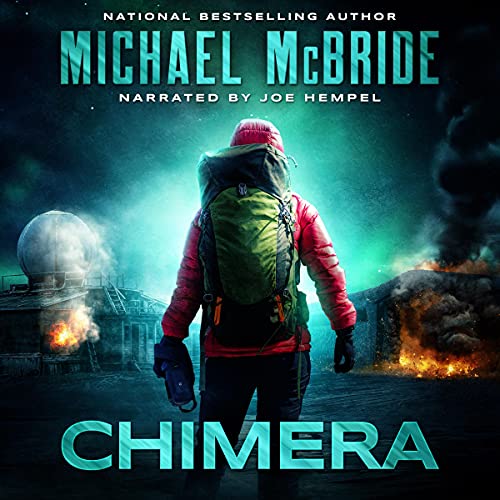 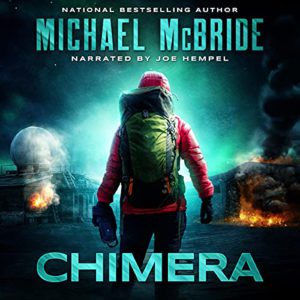 A team of scientists has awakened an organism that has lain dormant beneath the ocean floor for millions of years.

“This is Dr. Mira Stone at Academy Station…”

When the Air National Guard receives an emergency call for help from a remote Arctic research station in Greenland, Senior Master Sergeant Dan Cameron is chosen to lead the rescue mission. All he and his team know for sure is that the facility has lost primary power and the integrity of the complex has been compromised.

“Something is in here with us. Six of us are already dead.”

In an attempt to combat climate change, the scientists have genetically engineered an aquatic biofilm capable of generating oxygen and lowering the temperature of the underlying seawater, producing environmental conditions that awaken an organism that has lain dormant beneath the ocean floor for millions of years.

“Academy Station is lost. Do not - I repeat - do not attempt to reclaim...”

By the time Cameron arrives, the scientists have abandoned the smoldering ruins of the station. He discovers their trail leading across the glacier, but theirs aren’t the only tracks he finds. Something inhuman is hunting the survivors, and he needs to find them before it does, because the most terrifying thing about the creature is…you’ll never see it coming.

A group of scientists on a base in Antarctica are working on a new species of biofilm in hopes of combating climate change by rising oceanic temperatures. Their experiments show promising results but, unexpectedly, things get out of hand.

This was an interesting book, with plenty of scientific references and concepts to keep track of. Microbiology enthusiasts will enjoy reading about the archaea, an ancient organism that can be found in the oceans but also in the human gut. The first part of the book reminded me a bit of Jurassic Park, as the experiments are explained with plenty of details, giving the impression that everything is accounted for, just before things go terribly wrong. The second part of the book is more strong on the horror aspect, and it reminded me somehow of Alien in how McBride uses psychological horror mixed with the fear of the unknown.

There are two storylines in this book. One tells the story of the group of scientists as an event that happened some days in the past, while the other storyline narrates present-day events, after things have gone wrong, and a military group is sent to rescue the scientists. There are several POV changes, as can be expected with two storylines. The military group storyline is told in present tense, which I found strange, but I guess it was done to differentiate it from the other one and make the POV changes easier for the reader. In my opinion, this difference was not necessary, as this literary technique is often used in books without using different tenses. It just didn’t feel natural and I was not able to get used to it.

There are many characters in the book, and while McBride makes the effort of presenting them at the beginning of it, they were all bare-bones. I also missed some character development for the main characters, a fact that didn’t allow me to completely relate to them. I got sometimes confused with the characters in the army.

Joe Hempel’s narration was absolutely amazing. Even though there were many characters in the book, Hempel managed to give each one a unique voice and style. He even used a different accent for the Finnish scientist. I love when narrators can deliver a compelling narration, but when the characters’ interpretations are so well done, it becomes an excellent experience for the listener.