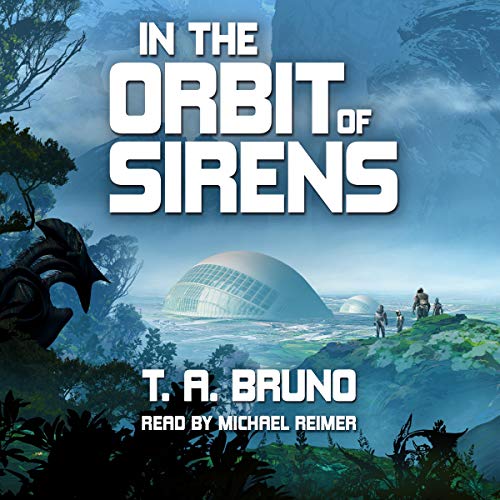 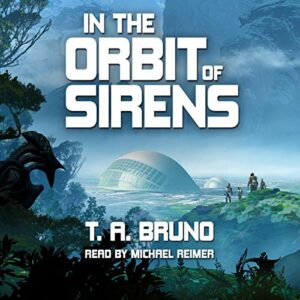 THE LAST FRAGMENTS OF THE HUMAN RACE ARE FORCED TO ADAPT TO A DANGEROUS NEW WORLD OR FACE EXTINCTION.
When starship mechanic, Denton Castus, is caught in the destructive path of a devastating war, he abandons his home and seeks refuge on a distant planet. However, this new safe haven has undiscovered threats of its own. Eliana Veston, a scout preparing the planet for the refugees, struggles with a deadly pandemic that is killing off colonists. The hunt for a cure unleashes a new threat to humanity—the Sirens—mysterious beings with incredible powers and a deep hatred for invaders.

This was a fantastic ride! The story, action-packed from beginning to end, is centered on two main characters: Denton Castus and Eliana Veston. Eliana has been living already for a while in Kamaria, working as a medical doctor and part of the scout team to make the planet survivable for the human race, whose remnants have been used traveling across space for three hundred years escaping from certain death. The Unreal have been chasing and killing everyone in the Sol System, and the people on the Telemachus are the latest ones of their kind.

Denton is aboard the Telemachus and great things are waiting for him on Kamaria. This book is cataloged as a sci-fi book, but at times it feels like psychological and primal horror, and others a bit like fantasy. It is mainly about the dangers on this new planet, the wonders, the horror, and the adventure.

There was a decent amount of different characters to keep track of. I have to say that even though they are not super developed, I was able to enjoy the ride alongside them. T.A. Bruno was able to create likable characters that one could relate to. It’s true that the good ones were very good, and the bad ones were just bad. I would have liked to have something in between or some flaws in the main characters, but that would have required for them to be more developed, something not common in this kind of novel. I also found that the relationships in the book were quite shallow and quickly built, as it happens in most YA books, but the main characters were in their late twenties, so this didn’t match very well their ages.

The history with the Unreal picked my curiosity, and I wanted to know more about it. I have the feeling that the book would have felt a bit more sci-fi for me if that had been the case. Nevertheless, I’m sure they will come up later in the series.

Fans of horror will definitely enjoy this book. There is a great amount of psychological, primal horror, and a monster of mythological proportions. At times it reminded me much of Lovecraft and his legendary monster Cthulu.

The book was light in science, despite the fact that there are actual scientists as part of the scout team. The biology of Kamaria was described in a broad way, but without going into scientific specifics. There were creatures of different shapes and sizes, but they all had parts of their bodies that looked like different parts of animals from Earth. It felt a bit naive, almost like part of a children’s book, but I understand the main story here is not the biology of this new planet but the survival of the human race. Regarding the initial issue of the colony, the lunglock and its cure, it felt a bit magical, as the only needed thing left were some gemstones that the autochthonous race possessed. It was not mentioned why they needed these stones, how many, nor what were their chemical properties. In many ways, this book felt a lot like fantasy, and aside from the space travel, it could very well have been one.

There was a mystic aspect in the second half of the book that didn’t sit very well with me. I guess my expectations about a sci-fi book are different than the ones delivered here.

The book also felt a bit too long for the story that was told. I found the beginning engaging, but the second half seemed to drag a bit, but it could have been because I found some of the aspects less appealing. I’d be interested in learning more about the Unreal, but I’m not so sure if I want to know more about the sirens or Kamaria in general.

Michael Reimer’s narration was correct but I missed some more enthusiasm at times. His character’s voices were good enough but his female voices were not convincing. At times Denton and Eliana sounded exactly the same, which was confusing during dialogs, and I think I would have liked more differentiation between the two main characters. Reimer used different accents for some of the characters, which worked fine. There were some noticeable audio edits and his voice quality varied a bit at times, but it was a decent narration overall.