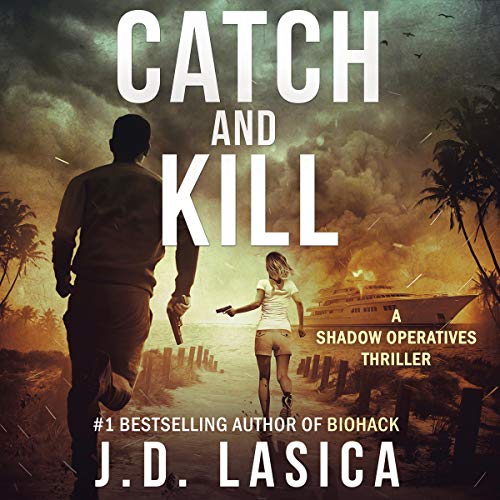 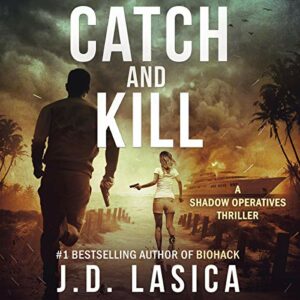 What happened to the girls? Overnight, hundreds of teenage girls disappear from the streets of America.
Off the coast of Florida, a virtual reality theme park opens for the super-rich.
Are the two connected?
When two assailants accost twenty-three-year-old Kaden Baker at an awards gala, she enters a maelstrom of high-tech international intrigue that pits her against a mysterious foe.
It will take all her covert ops and hacking skills as she allies with a group of family members to battle an enemy out to unleash a mass attack on the U.S. and West by stealth.
Can they bring the girls home and thwart the unthinkable?
Praise for ‘Catch and Kill’ • “An amazing read.” – thriller author Michael James Gallagher
• “I LOVED IT!” – Deborah Duncalf
• “Cinematic and riveting. I had to keep turning the pages.” – Sky Schuyler
• “Heart-thumping” – thriller author Dan Petrosini
Get it now! Catch and Kill is a roller-coaster thrill ride that appeals to both the head and the heart.
Perfect for fans of Michael Crichton, James Rollins, Matthew Mather, A.G. Riddle, and Tim Tigner. Includes a surprise gift!

A multimillionaire builds an AI part on a private island, and funds the republic of Samana Cay, where rich people can make their deepest fantasies true. But the means and goals of this park are darker and more complex than what they seem. Alex, Valerie’s husband from book one, is sent to the island in order to write an article, but he also discovers there the darkest side of the island.

In theory, this book can be read as a standalone, but there are numerous references to the events in the previous one, as some of the characters, so I would say that reading the books in the correct order is recommended. I am glad that I listened to the first book before listening to this one to be able to do it justice. As with book one, there is plenty of technology and biohacking, as it often happens in Lasica’s books.

The pace of the story is quick and there are several twists and turns, which made of this book a rollercoaster. I found the main bad guy a perverse and complex enemy, and I was glad that we got part of his back story to justify his actions. I was less invested in the characters than in the first book though. In the first book, I found the characters more developed than average for this kind of stories, but I think in this one there were too many important new characters, and somehow the felt less developed. Kaden’s boyfriend and family are some examples. I expected to feel more attached to them but I found I did not care much about what happened to them. I had also troubles to understand some of Kaden’s actions, and while I was able to relate to her in the previous book, I found it more difficult this time.

It was quite an entertaining story, even though it felt a bit long-winded towards the end, probably because I couldn’t fully relate to the characters. I think the multiple POV’s was a factor for this.

This book was narrated by Tom Taverna. It always strikes me as strange when narrators change in the middle of a series, but it is also true that the previous narrator had some issues. I found Taverna slightly better, but I think part of the issue with this book is the narration. It was mostly correct, with a good audio production, but all characters sounded quite similar, and some of the accents sounded forced. There are more points of view than in the first book, so the decision to have a male narrator feels justified.

Overall, I enjoyed this audiobook, and I would recommend to anyone into technothrillers.