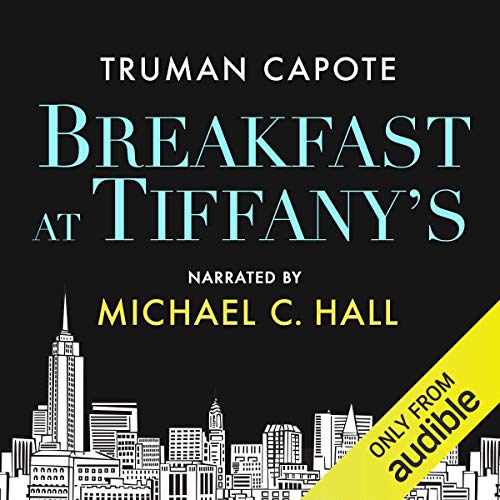 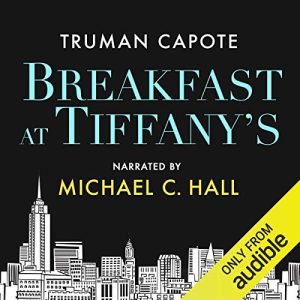 Golden Globe-winning actor Michael C. Hall (Six Feet Under) performs Truman Capote's provocative, naturalistic masterstroke about a young writer's charmed fascination with his unorthodox neighbor, the "American geisha" Holly Golightly. Holly - a World War II-era society girl in her late teens - survives via socialization, attending parties and restaurants with men from the wealthy upper class who also provide her with money and expensive gifts. Over the course of the novella, the seemingly shallow Holly slowly opens up to the curious protagonist, who eventually gets tossed away as her deepening character emerges.

Breakfast at Tiffany's, Truman Capote's most beloved work of fiction, introduced an independent and complex character who challenged audiences, revived Audrey Hepburn's flagging career in the 1961 film version, and whose name and style has remained in the national idiom since publication. Hall uses his diligent attention to character to bring our unnamed narrator’s emotional vulnerability to the forefront of this American classic.

Given how iconic the movie by this name has become, I was curious about the book it was based upon. At some point, my past self might have had this same idea, because the book was in my Audible library ready to listen to.

All I can say, after the fact, is that it was a disappointment. The movie might have become a classic, probably thanks to Audrey Hepburn and to the scriptwriters’ efforts to clean up Holly Golightly and transform it into somebody decent.

The writing was good, but this book hasn’t aged well. At all. Holly is a selfish racist misogynist liar. She cares about no one but herself, and it is pathetic to witness the anonymous narrator fall for her fake charms, while she calls him her brother’s name. Because Holly lives in a parallel universe of her own creation, and drags anyone that she meets on her way with her.

What I enjoyed was Michael C. Hall’s narration. He delivered solid character interpretations, and his female voices were quite good. His tone and cadence went well with the story and the era it represented. The audio production was spotless.

Is this a book I’d recommend? It depends. I think it’s worth a read for the curious that want to know where the movie came from, but some people might be triggered by some of Holly’s behaviors.