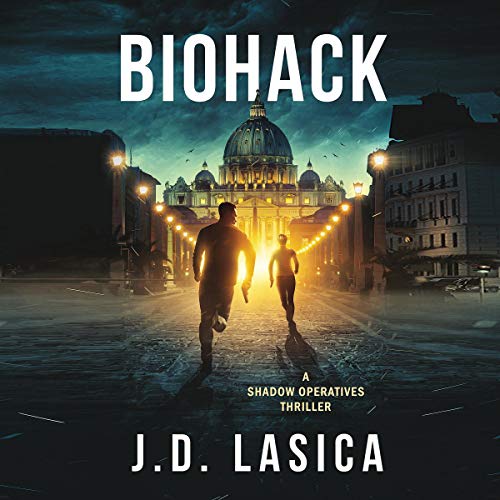 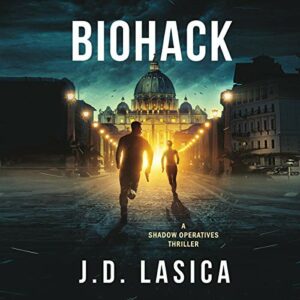 What would you give for a second chance?
Valerie Ramirez, a special ed teacher still haunted by her toddler’s drowning accident, faces a fateful decision when she’s admitted into an exclusive program run by a mysterious biotech company.
Kaden Baker, an elite hacker who dabbles in covert ops, finds her life turned upside down when she discovers her parents were not who she thought they were. Where does she come from? Who’s been financing her high-stakes secret missions?
The answers lead back to the same sinister biotech firm. As Kaden and Valerie become allies, they make one startling discovery after another about the company’s intentions. But each step closer to the truth puts their lives at greater risk.
The stakes couldn’t be higher—for Kaden’s freedom, for Valerie’s fate, and for the future direction of humanity itself.

Valerie Ramirez is promised a miracle at a mysterious biotech company: using his deceased child’s DNA to give life to a new child. But this company has more clients, and they are all offered babies with almost any genetic enhancements they can imagine if they can pay for it. Kaden, with special military training, and hacking abilities, is hired by this company to recover human remains from tombs where famous men in history are buried. Valerie and Kaden will meet and discover the dark secrets this biotech company is hiding.

I tend to enjoy technothrillers, they have enough of science-fiction and enough of thriller to keep get me hooked to a story. This one was no exception. Biohack also has interesting characters, and the main ones are developed enough to be able to root for them, which is not always the case when reading a thriller. There also were a good number of secondary characters that were less developed, but it helped to make the story richer. I didn’t find issues keeping track of all, as they were all clearly presented.

The book kept me interested and entertained from beginning to end, and I found the science and technology plausible in the near future. It also was a quick-paced book, with several parallel stories that came together towards the end. It was a bit scary to see what can be possible thanks to advanced technology when some people are willing to keep secrets and cross moral boundaries. I enjoyed the possibilities and felt intrigued by the lies they were telling their clients. It was clever!

I found the narration of this book not great, though, and I think it is such a pity to pair an inexperienced narrator with a great book. Denise Howell tried to provide decent character interpretations, and she did well imitating the voice of the AI, but I had issues to differentiate some characters during dialogs. The audio production also had some issues, like background music, background noises, and audible breathing through the nose. It is true that the quality of sound improved a bit after a while, but sadly I can’t consider this narration worthy of this story.