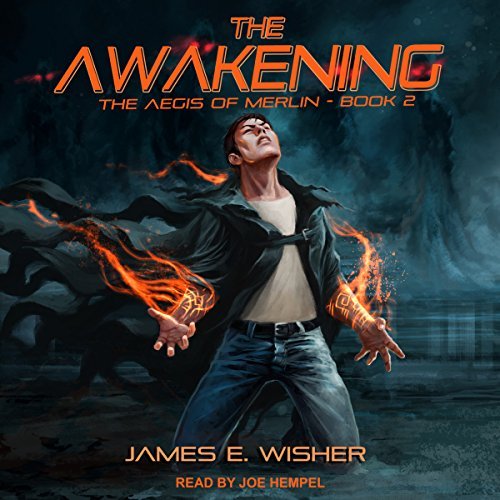 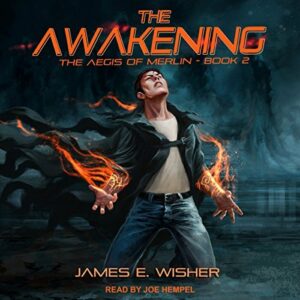 Nothing has gone right for Conryu Koda since learning he’s a wizard. On his first day at The North American Alliance’s Arcane Academy he’s greeted by protestors and pelted with tomatoes. On the second day he nearly dies in a magical ritual. It’s all downhill from there.

With enemies around every corner, not to mention a crazy professor, will Conryu even make it to winter break?

Conryu’s journey down the wizard’s path continues in the thrilling second book of the Aegis of Merlin Urban Fantasy Series.

The beginning of the academic course has started and Conryu and Maria join The North American Alliance’s Arcane Academy. Not only is he unhappy about having to attend the academy, but it also seems he is not very well received by the girls. Conryu will have to work hard to gain his place within the academy, and also try to survive, because even there he is not safe, since there are some people who want to end the abomination.

After listening to the previous book I was looking forward to this one. In this book the story is focused on Conryu, unlike in the previous book, where half of the book was focused on secondary characters. Here we have to chance to know Conryu a little bit better, and to see him interact with the other students. There are some new interesting characters in this book, they are not ultra developed, but they feel differentiated enough to be able to identify them, since each of them has unique characteristics. I especially liked Conryu’s relationship with the girls at the club.

I am a bit bothered about Maria’s attitude towards Conryu, and it makes me want to roll my eyes and slap her in the face, but I guess that attitude will work against her in future books, making for an interesting plot.

There is plenty of action and tension, and a couple of twists and surprises. While listening to this book it is almost impossible not to think about Harry Potter, since it’s about a similar subject, but this one is for an older audience, since is much darker at least than the first HP books.

Joe Hempel has excelled at narrating this audiobook. He has brought the characters to life in a subtle way. All characters are recognizable, but at the same time, the voices don’t sound forced. There is a very thin line between differentiating character’s voices and overdoing it, and Hempel knows very well where that line is and doesn’t cross it. He has a very pleasant voice and has a compelling style, making you want to listen for hours. The audio production was spotless.

I am really enjoying this series, and I am looking forward to see what happens to Conryu and Maria, and also see how they and the other characters evolve. I am sure it will be amazing.